I've always enjoyed books, and find them much easier to digest than page upon page of on-line material.  I've been writing book and conference reviews for many years, offering rare peer review in the alternative knowledge field.  My book reviews are set firmly upon two main pillars:

Firstly, I actually read the book.

Secondly. I present an honest evaluation of the book, based purely on my opinion of its relative merits, or shortcomings.

I also highlight information in the book that ties in with my own research interests.  I hope that these reviews prove to be thought-provoking articles in their own right, enabling the reader to get a concise yet deep insight into the subject in question.  Where possible, I have provided Amazon links to easily locate your chosen book on-line.  As an Amazon Associate, I earn from qualifying purchases.

I have divided the reviews listed here into sections by subject (then by title).  Or you can search by author by clicking through the link at the bottom of the page.

'Close Encounters of the Fatal Kind'

'Does it Rain in Other Dimensions?'

'Flying Saucers over the White House'

'For Nobody's Eyes Only'

'Life in the Universe'

'Set Your Phaser to Stun'

'The Allies of Humanity'

'The Children of Roswell'

'The Pyramids and the Pentagon'

'The Real Men in Black'

'UFOs and the Extraterrestrial Message'

'Wild Things They Don't Tell Us'

'Seven Mountains and the Red Star'

'The End of Days'

'The Lost Book of Enki'

'There Were Giants Upon the Earth'

'Aliens in Celtic History and Legend'

'Bloodline of the Gods'

'Evidence of the Gods'

'Immortality of the Gods'

'Lost Secrets of the Gods'

'Remnants of the Gods'

'Temples of the African Gods'

'The Gods Never Left Us'

'The Secret History of the Reptilians'

'Twilight of the Gods'

'We Are Not Alone in the Universe'

'Ancient Giants of the Americas'

'Lost Civilizations & Secrets of the Past'

'On The Edge of Reality'

'Out of Place in Time and Space'

'The Lost Colonies of Ancient America'

'The Lost Secrets of Maya Technology'

'The Lost Worlds of Ancient America'

'The Star of the Magi'

'A Deed Without a Name'

'Hidden Secrets of "Many, but One"

'In These Signs Conquer'

'Living in the Matrix'

'Mirror of the Free'

'The Circle of Initiates, Past and Present'

'The United Symbolism of America'

'Traditional Witchcraft and the Path to the Mysteries'

'Traditional Witchcraft for the Seashore'

'Witchcraft into the Wilds'

'It was a Dark and Creepy Night'

'The Haunting of Asylum 49'

'The Psychic Adventures of Derek Acorah'

'The World's Most Haunted Hospitals'

'Cracks in the Great Wall'

'The Song of the Greys'

'The Archetype of the Number'

'The Choice' by Mike Bara

'The Way of the Explorer'

'This Book is From the Future'

'A Call from Heaven'

'Between Now and When'

'Open Your Heart to the Magic of Love'

'Rain Drops of Love for a Thirsty World'

'The Alchemy of Self Healing'

'The Book of Transformation'

'The Path of Energy'

'The Power of Chakras'

'Aliens in my Garden'

'Capital in the 21st Century'

Please contact me by e-mail for a postal address. 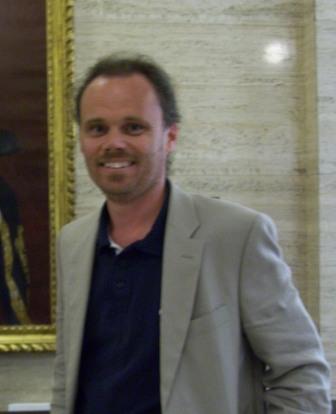 A testimonial about these book reviews:

"I read many of your reviews, in particular those abut Ufology etc and enjoyed them all. I found your reviews fair without being condescending.  They retain a reservation but not an ignorance of the subjects nor the conclusions, as such they were both informative and enjoyable to read.  I am about to move on to read your own volumes and look forward to it.  Please keep up the good work.  With thanks"    Charles