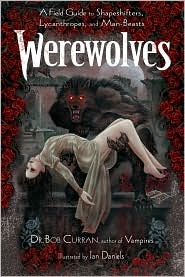 Subtitled: A Field Guide to Shapeshifters, Lycanthropes and Man-Beasts

Dr Bob Curran's books are a delight.  In each one he explores the folklore and historical sources which bring about a particular horror genre.  This latest volume looks at werewolves. It is a compendium of curious stories, which often leads the reader into slightly unexpected territory.

Over time, the characteristics of the werewolf have changed in the public perception.  The modern sympathetic vision of a forlorn man-wolf transforming under the Moon's rays are very different from, say, the 16th century perspective, when lycanthropy was considered an abominable offshoot of witchcraft and Devil worship.  Or from further back, to the Dark Ages, when taking on the mantle of the wolf was seen as a sign of virility, and battle-hardened strength.  During those times, Viking Berserkers spread terror in North-Western communities with their sickening plunge into unchecked bestial violence.  Kings and Bishops anxious to impress would enhance their names with the prefix 'Wulf'.

The notion of a werewolf as we understand these days it appears to spring from a 13th century text entitled "Otia Imperia" (Resurrection of the Emperor) by Mediaeval chronicler Gervase of Tilbury. This important text was treated as fact at the time, due to the author's 'undoubted learning and status'.  So the fantastic tale of a man 'who transformed himself into the guise of a wolf by rolling in sand for a long period of time' was accepted by many readers at the court of the Holy Roman Emperor, Otto IV. 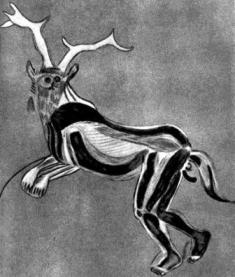 But the concept of lycanthropy may have much earlier origins, going back over 12,000 years to shamanic cave paintings in the Pyrenees.  Communing with animal spirits may have been a significant aspect of Pagan belief, where tribal shamans took on the essence of the wolf.  Tribal leaders may also have desired such powers for hunting prowess and dominance in combat.

Darker aspects of early werewolf ideas included cannibalism.  The idea of a foreign Manbeast was a common xenophobic attitude in Christian Europe. Tales told by travellers returning from far away lands would spread rumours of tribes in distant mountains who ate human flesh.

Indeed, the Mediaeval Christian Church absorbed some of these ideas, with its dog-headed saints like Christopher, the now disregarded patron saint of travellers.  Bob Curran wonders whether some of these travellers tales were linked to sightings of apes and monkeys.  Or perhaps, say in the mountains of India, the yeti?

He notes that in mediaeval Western European tales the werewolf is often perceived as a noble creature.  Later, as the West expanded, a more horrific set of tales emerge.  This generated a fear of werewolves that sparked prosecutions of alleged werewolves, particularly in 16th century France.  Forced confessions by witch-hunters brought out vividly disturbing tales of lycanthropes.  Loners and isolated families were accused of applying unguents supplied by the Devil, whereby they transformed into beasts who preyed on small children. Perhaps some of these accusations were based upon a very real practice of paedophilia. Either way, the accused were often 'put to the question' and confessed. Burning at the stake inevitably followed.  Reading about the witch genocides of the 16th century always raises my heckles.  The paranoia and irrational beliefs of the day sit well with the gothic horrors of latter-day fiction, which Bob Curran also explores later in the book.

But there have also been real-life examples of man-beasts. Dr Curran catalogues examples of cannibals, feral children, the psychotically ill, and the Leopard Men cult of Western Africa back in the 1940s.  These influences have all gone into the melting pot that has created the modern understanding of the werewolf. 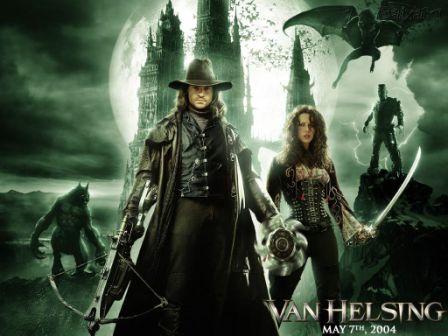 Towards the end of the book the author picks up on another reason why werewolves are a cultural phenomenon:

"...It also represented freedom - the thrill of the hunt together with the absence of the constraints of a more regimented culture.

"It was wildness; it was the exhilaration that civilized men imagined existed within the bestial world. It accorded hidden passions and concealed rages, as it shook off the very trappings of what made mankind "civilized"." (p204)

This, I think, sums the fascination up nicely.

'Werewolves' is a terrific addition to Bob Curran's growing encyclopaedia of folktales and horror.  The dark and often edgy illustrations by Ian Daniels add a gothic character to the tome.  I'm looking forward to the next instalment already!