The Circle of Initiates: Past and Present 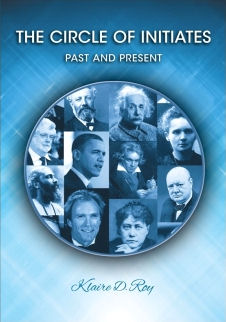 This is a very odd tome.  Very esoteric.  I wondered whether the French-speaking Quebecois author writes under a pseudonym:  Klaire D. Roy is just about transferable into French, as clair de roi, thus 'Clear King' or even 'Divine Clarity'.  My francophone wife, Mrs DarkStar, thinks I'm talking utter twaddle.  Or her first name may allude to clairvoyance?   In fact, the author is a healthcare worker, with a keen interest in Buddhism, New Age spirituality, and alternative therapies *.

I mention all this, because the intriguing metaphysics which underlies this work remains something of a puzzle to me.  Divine clarity?  Not so much.  The book is back-to-front, for starters.  Readers new to this author will definitely benefit from first reading the explanatory sections at the back.  These explain the Seven Rays, and how they can be applied to people on a number of different levels.

I have some interest in Buddhism and past lives/reincarnation, so I am not a complete novice to this genre (although not an 'initiate', whatever that means in this context).  Nonetheless, the terms deployed here, and the overall metaphysical structure used to determine the 'level of initiation' of the various people analysed, was not something I had come across before.  Perhaps it is because the book was initially written in French, and then translated into English.  More familiar Buddhist terminology is largely absent, despite the claims that much of the content was received by the author from a 300-year old Tibetan Master named Djwhal Khul. 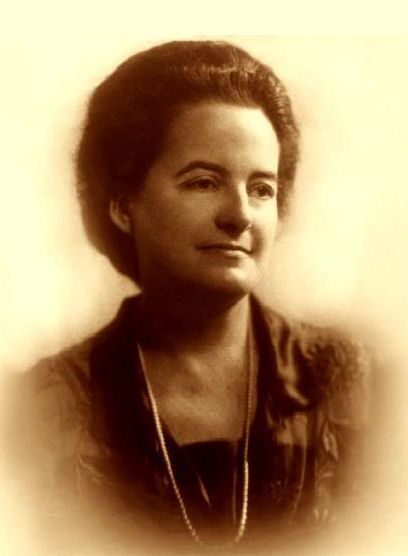 This esoteric system seems a New Age one, which will be inevitably unfamiliar to many.  (But then, that's what Occult is all about, right?  It must be tricky for the truly esoteric to remain hidden in this Internet era.  Even in loftiest Tibet).  The argument seems to go that this 'Ageless Wisdom' is passed down through the ages, and communicated using the language of the times.

"The Science of the Seven Rays was introduced at the beginning of the 20th Century by the Tibetan Master Djwhal Khul.  Working jointly with Alice A. Bailey, he wrote, through her, several volumes on this topic.  A treatise on the Seven rays, composed of five Volumes is one of the main pieces... According to Djwhal Khul, the source of the rays is located within the seven major stars of the Big Dipper (the Plough).  From this source spring seven cosmic energies characterizing the different ray qualities." (p517)

Given our Time seems to be the Age of Celebrity, it is befitting, I suppose, that we must gain our wisdom through a collection of biographies of famous people.  That seems to be what's going on here.  The 'Circle of Initiates' does not allude to a secret society.  Simply a collection of talented folk who have undergone a rather arcane analysis conducted upon them, rather like a mystical horoscope.

The bulk of the book consists of biographical examples.  The author/Tibetan Master analyses the spiritual levels attained by various celebrities, spiritual masters, scientists, politicians, writers, composers, geniuses.  The rays are their source of power.  Some of the choices of personality catching the Tibetan Master's attention seem incongruous (what possible interest could a Tibetan spiritual Master cooped up in a mountain monastery have in Celine Dion?)  But no matter, as the variety creates a broad tapestry of folk to compare and contrast - and perhaps that's the whole point.  We each have a sufficient appreciation of these personalities to be able to see how the Rays might apply to them.   Compare and contrast.

The resulting book, running to nigh on 600 pages, contains a catalogue of short biographies of varied quality.  A numerical Initiation Level is provided for each person analysed - like a star rating.  Then their spiritual nature is broken down into Ray Structure, Monad and Soul, Personality, followed by Mental, Astral and Physical Bodies.  In this way, the book is highly structured, with the later explanatory notes collating the mystic data and grouping the various personalities under their dominant rays. 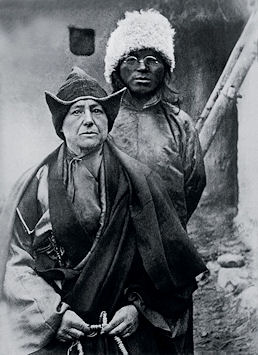 Similarly, Gurdjieff came to grief in these pages:

"He was young and inexperienced as a master.  We hope he will do better next time." (p217)

The mystic judgements continued.  The 'strange being' Carlos Casteneda was "not working for the dark forces although he often played with them in order to defy them." (p75)  Fair enough, I suppose.  Carl Jung had great talent, but "any psychoanalysis, following a session or two, goes in circles and brings nothing to the person who lives it." (p257)  There are gems of brilliance here, for sure, but it felt a bit like beach-combing given the sheer size of la Grand Bête.  (Interestingly, Aleister Crowley appears in neither this tome, nor the next.)

The treatment meted out to Oprah Winfrey crossed a number of lines which, frankly, display a puzzling foolishness on the part of the author, and her publisher.  Even if the author believes what she wrote on page 501, she certainly shouldn't have published it.  Fortunately for her, few will read it (and even fewer, this).

The issue of past lives is alluded to, but in a less systematic way.  Sometimes, the personalities had previous lives on other planets...  Tesla, for instance, had to endure a life (presumably an extremely brief one) on Venus (p454), devoid of pigeons?  The linking of Oliver Cromwell and Genghis Khan is a novel idea.  I daresay, there were plenty of Royalists who'd have choked on their beer over that one.  I was similarly intrigued at how the author wove the 2016 battle between Hillary Clinton and Donald J. Trump into this book - a rivalry which has only just reached its dramatic conclusion.  Some mystical intuition at work?

At rare times, the author/s get into their stride, usually when discussing Buddhism, which is a key theme in the book.  There is a particularly good section about the return of Maitreya (the Buddha of the future) in the chapter on Benjamin Creme.   Such diversions were rare, unfortunately.  I would have liked to have read more of them.

The Circle of Initiates: Past and Present

Circle of Initiates: Past & Present