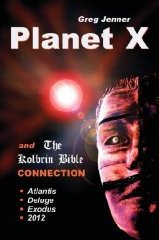 Author of "Planet X and the Kolbrin Bible Connection"

"Greg Jenner believes that the ancients were extremely clear in their warnings to us about Planet X. In this groundbreaking work, he details numerous correlations between prophecies of the Maya and those of other cultures with chilling clarity.

Jenner believes The Kolbrin Bible to be the modern day Rosetta Stone of Planet X, because it clearly describes the destruction of Atlantis, Noah's Flood and Exodus. According to the Egyptian and Celtic authors of this ancient secular wisdom text, these cataclysms were triggered during previous flybys of Planet X."

Author of "The Jenner Files"

The notion of our Sun coexisting with a binary companion in the form of a Brown Dwarf is quite evident in the compilation of files presented here. These include an assortment of articles, pictures, icons, esoteric symbols and prophesy references to support this argument. ‘The Jenner files’ e-book is broken down into four main categories:

Do all these images and text files relate to a returning celestial object? The answer is a resounding yes! Go to http://yowusa.com/planetx/jennerfiles/index.shtml for more details.

Let’s think outside the box for a moment. Ever wondered if the Sun has a twin sister? Did you know over 80% of the stars in the galaxy are binary, so why wouldn’t our Solar System be any different. Yes, we have another sun. This is a well kept secret that I believe some are privy to.

The tight-knit scientific community would scoff at such a thought because it doesn’t “conform” to mainstream views. In a way established science can be an arrogant form of mundane rationalism purposely limiting mankind’s desire to think. We let a child’s curiosity flourish with unlimited bounds, yet when children become adults their curiosity becomes controlled by the modern paradigm of science. I call this the politics of science, a mere façade that can easily conceal just as much as it claims to have discovered. And our second sun is a great example of this.

My esoteric research is devoted to kindred spirits breaking down this concealment. It is my right to have these thoughts without being threatened by the grip of scientific censorship. One shouldn’t fear entering the water just because there are sharks in the sea. So to all the inquisitive minds out there like me, I compel you to keep thinking outside the box when reading my essays. For you will recognize after careful examination that our solar system does indeed have a binary companion. A truth far stranger than mundane rationalism.

Nibiru and the Subterranean Connection - Part 1

Nibiru and the Subterranean Connection - Part 2

Theosophy and the Dark Star Connection

Nibiru and the Atlantean Connection - Part One

Nibiru and the Lemurian Connection - Part One

Nibiru and the UFO Connection - Part One

'The Dark Star' book and notes about 'The Kolbrin'

Nibiru Holds The Key to the Bottomless Pit

Nibiru and the 'Great Pyramid' Connection

Nibiru and 'The Lost Tribes of Israel' Connection - Part 1

Nibiru and 'The Lost Tribes of Israel' Connection - Part 2

Nibiru and 'The Lost Tribes of Israel' Connection - Part 3

Nibiru and the Ancient American Connection - Part One

Greg appeared in this documentary made by the Canadian History Channel, 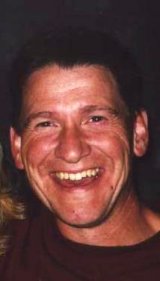 ‘Certificate of Technology’ in Civil and Structural

Status: Married with one Daughter

Hiked down to the Colorado River and camped overnight in the Grand Canyon, 1993

Drove through the town of Dulce, New Mexico. A sleepy little community said to house an underground Alien Base and also a hot-bed for cattle mutilations, 1993.

Drove through the town of Roswell, New Mexico, 1993.

T.V.: Like Andy, I don’t watch it, with the rare exception to reruns of X-Files, Star Trek, and Faulty Towers

Alien, The Green Mile, The Shawshank Redemption, The Thing (1982) The Matrix, 2001 A Space Odyssey, Young Frankenstein, Lord of the Rings Trilogy