The Hunt for Planet X 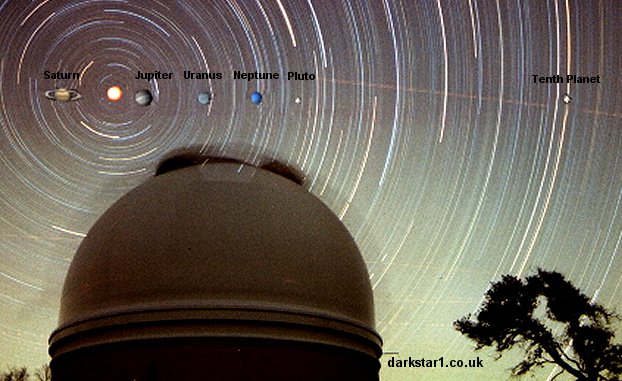 WISE on Target to find Nearby Brown Dwarfs

The hunt for brown dwarfs and other potential neighbours to the Sun is picking up speed.  Spurred on by the exciting discoveries made by the Spitzer telescope in recent years, the scientists preparing the WISE launch are getting increasingly excited about what they might discover out there (1).  It's just a case of who's going to find the Dark Star first...WISE, SIRTF or the Japanese? 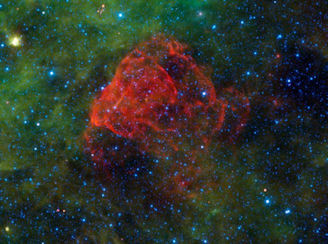 Puppis A, the remnant of a supernova explosion, as seen by WISE in infrared (2)

Hopefully, we're going to know within just a couple of years.  Here's an extract from a recent press release from NASA:

"An estimated $300-million mission, the Wide-field Infrared Survey Explorer, or "Wise," has been in the planning stages for the past eight years. It is scheduled to launch into an Earth orbit in late 2009. It will spend seven months collecting data. 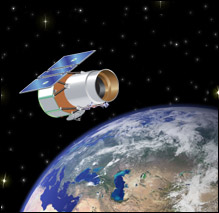 Such extensive sky coverage means the mission will find and catalogue all sorts of celestial eccentrics. These may include brown dwarfs, or failed stars, that are closer to Earth than Proxima Centauri, the nearest star other than our sun. Brown dwarfs are balls of gas that begin life like stars but lack the mass to ignite their internal fires and light up like normal stars. They do, however, produce warm infrared glows that Wise will be able to see.


"Brown dwarfs are lurking all around us," said Dr. Peter Eisenhardt, project scientist for the mission at NASA's Jet Propulsion Laboratory, Pasadena, Calif. "We believe there are more brown dwarfs than stars in the nearby universe, but we haven't found many of them because they are too faint in visible light." Wright, Eisenhardt and other scientists recently identified brown dwarfs using NASA's infrared Spitzer Space Telescope. Wise will vastly expand the search, uncovering those brown dwarfs closest to Earth that might make ideal targets for future planet-hunting missions. Recent Spitzer findings support the notion that planets might orbit brown dwarfs." (1)

"In a departure from its core activities of providing networking and IT support to SMEs, Cardiff-based TiGra Networks has set up and automated two astronomical observatories for Space Exploration Limited, based in County Roscommon, Ireland. The project has been developed over the past 18 months.

"The contract developed out of TiGra Networks' founder Tim Long's passion for astronomy. Long told Ping Wales: “I’ve had an interest in astronomy for years. I have been writing software for amateur astronomers and that’s how Eamonn Ansbro, the director of Kingsland Observatory, found our website.”

"The observatories based at the Kingsland Observatory have two primary instruments a 36-inch Newtonian reflector, reportedly the largest optical telescope in the British Isles, and a 16-inch Schmidt Cassegrain. They will assist the Kingsland Observatory in asteroid surveys and the search for new minor planets known as Edgeworth-Kuiper Belt Objects (EKBOs) and in particular Planet X, a theoretical tenth planet, which could lie at the outermost reaches of the solar system." (3)

Infra-red sky searches are usually conducted on space-based platforms, like IRAS in the 1980s, and SIRTF, soon to be launched.  There are some telescopes on the ground, in Hawaii and Chile, which make use of altitude to minimise the affect of atmospheric water vapour absorbing the infra-red radiation travelling through the atmosphere from space.  But even these locations only allow for a study of part of the whole I.R. spectrum. 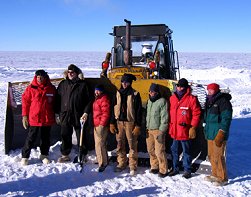 It seems as though Antarctica may also be joining the list of Earth-based sites facilitating infra-red studies, vital to the detection of brown dwarfs and other exotic astronomical objects:

"A new 10 meter diameter telescope is being constructed for deployment at the NSF South Pole research station. The telescope is designed for conducting large-area millimeter and sub-millimeter wave surveys of faint, low contrast emission, as required to map primary and secondary anisotropies in the cosmic microwave background. The SPT is a collaboration between the U of Chicago, UC Berkley, Case Western Reserve University, U of Illinois, and Smithsonian Astrophysical Observatory, and its primarily funded thought NSF OPP."

"The first key project will be to conduct a survey over approximately 4000 degrees for galaxy clusters using the Sunyaev-Zel'dovich Effect. This survey should find many thousands of clusters with a mass selection criteria that is remarkably uniform with redshift. Armed with redshifts obtained from optical and infrared follow-up observations, it is expected that the survey will enable significant constraints to be placed on the equation of state of the dark energy." (4)

For more discussion of the South Pole Telescope and its alleged connection with the hunt for Planet X, see Sagittarius

British astronomers are completing work on the world's largest infra-red digital telescope.  The 4 metre wide mirror will be transported from the Rutherford Appleton Laboratory in Oxfordshire to the site of the new observatory in Northern Chile.  Termed Vista (Visible and Infrared Survey Telescope for Astronomy) the camera's 64 megapixel images will help identify brown dwarfs and other invisible objects (5).  Note that this I.R. observatory is being constructed in the Southern Hemisphere.

Massive ground-based telescopes are currently in vogue amongst astronomers.  images of extra-solar planets have been secured by Eso's Very Large Telescope, based in Chile.  Now there are plans for an even bigger observatory, with a incredible 42 metre scope (6).  This will be capable of picking up difficult objects like failed cold stars (small brown dwarfs), extra-solar planets and baby galaxies.  Plus stuff we've not even thought of yet.

What will interest Planet X/brown dwarf enthusiasts is the potential location for this 1bn Euro telescope: Dome C, a 3000m plateau in Antarctica. Other possible locations include Tibet, Chile and Greenland. If plans go well, work could start as early as 2010, and the Extremely Large Telescope could begin to scan the skies as early as 2016. Antarctica could soon be a very busy place indeed for astronomers if this location wins the approval of the astronomical community.

The Dark Star's existence could be confirmed within months.  The Japanese have launched a new space telescope which plans to scan the entire sky in the infra-red part of the spectrum (7).  This project is an updated and improved version of the IRAS survey over 20 years ago, and is the first of several similar sky searches planned in the next couple of years.

Brown dwarfs are a particular target for this new telescope, known as ASTRO-F, as well as dead stars and other objects undetected in the Sun's vicinity.  The launch date was 22nd February, and the search starts properly in April if all the telescope's systems check out.  The search will take 6 months, and then be followed up by more rigorous study of any anomalous objects found.  So we could well have more clues to the Dark Star's existence by the end of 2006.

1)  JPL Press Release "NASA SAYS: 'BUILD IT AND INFRARED SURPRISES WILL COME'" 13 October 2006, with thanks to Monika and David

6)  A. Jha "Extremely Large Telescope could reveal secrets of life, the universe and everything" Guardian 5 August 2006, p13

7)  Mark Peplow "Universe to be snapped in infrared: Japanese survey satellite launches" With thanks to David Pearson

More recent updates can be found in the regular Dark Star Blog: