Our ghost-hunting investigations thus far have involved meandering around quiet graveyards at night taking digital photos of orbs.  One tends to assume that a quite, spooky location will be the most likely to turn up paranormal phenomena.  One tends to assume that ghosts hang out in graveyards.  But what if that classical assumption is incorrect?  There is a post-modern line of thought that we are all more or less surrounded by spirits, from our personal spirit guides right through to random ghosts that we might encounter, like strangers in the street. 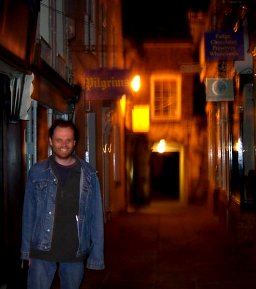 This mode of thought leads us to the inevitable conclusion that we are simply unable to see what is right in front of us.  The ‘reality’ only becomes apparent when the mental shield that prevents our spiritual consciousness from being aware of the presence of, well, dead people is lowered.  This might happen because of fever, near-death experience, or on-going spiritual training.

The rest of the time our minds steadfastly keep the door to the other world bolted shut, and many people go through life completely unaware of the possibility that they spend their lives in the company of dead people.  Perhaps this is why the ancients tended to revere ancestors, a practice largely lost to Western thinking.  After all, if you commune with your departed relatives, with positive regard, then who’s to say they can’t be of help to you through your life?  Somehow, our modern materialist mentality has kicked this old ‘superstitious’ way of thinking into touch. 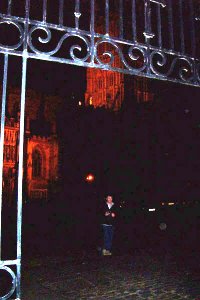 Perhaps spirits are like starlight during the day.  The daylight of the Sun might be too overwhelming to see the stars, but that doesn't mean they're not there. Metaphorically speaking, that is.

Although most of us do not directly perceive the spirits of the departed around us, we sometimes have odd sensations of deja-vu, ESP and psi.  Our awareness of the other side may be showing itself in a fleeting, sub-conscious way.  These events can be deeply profound for people, despite being transient.  Others dismiss them immediately, preferring to consider such events as mere coincidences or waking dreams.

But if we assume that such a fledgling sixth-sense is an aspect of a real phenomenon, then these events give us clues as to how we might cross the psychic threshold.

The environment may play a part; a haunted place might make us more aware of our own senses, allowing a phenomenon to become apparent that would otherwise be lost to us.  Our emotional state may also be important, or our openness to receiving signals from the other side. 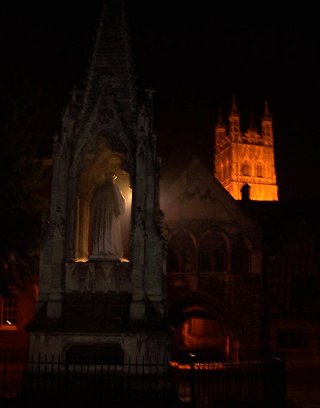 With these thoughts in mind, Martin Cosnette and I decided to take our search into the centre of Gloucester on a Friday evening, when most people are heading to the pubs and clubs for a few beers and a good time with their friends.  Gloucester is a very old city and is full of ghosts (1,2).  For instance, the Westgate area of the city near to the cathedral was the location of the public burning of Bishop John Hooper for his protestant beliefs in 1555.  A memorial stands there, across from which is an old Tudor building which is said to host the ghost of Queen Mary, who ordered the execution of this frail but stubborn martyred Bishop of Gloucester.  This wonderful photo, taken by Martin, shows the haunted rooms just below the tower of Gloucester Cathedral.  Perhaps something can be seen in the left hand window?

We started our night-time trek through the Westgate area from St Catherine’s Priory, past Bishop Hooper’s monument, around the Cathedral, and up Westgate Street.  Our fifty or so photos taken during this time showed absolutely no orbs.  None at all.

When we got as far as St John’s Lane, home to The Citizen newspaper, I took a photo of A.G Meeks shoe shop, another local haunted place.

This was the first image to show very pronounced orbs, but at the time I didn’t realise this.  Across from this shop is a narrow alley that runs up to the city’s Masonic Lodge, and I turned to Martin and said ‘Let’s head up there’.  As we walked down the dark alley Martin became aware of a presence.  Again, our photos attested to orbs.  It seems as though we had picked up a ghostly companion who was joining us for our spooky walk around the city of Gloucester. 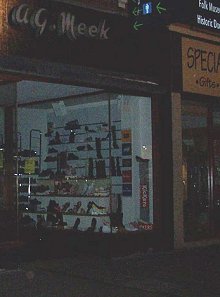 The brightest orb of this set is in the fourth photo in this set.  The rest are more faint, but that might be a result of the ambient lighting in the city. 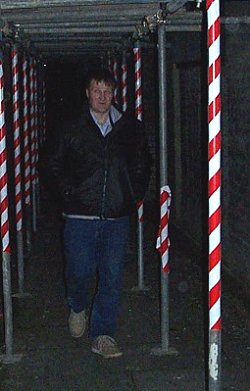 The orbs show up better against a dark background, like the plaques under the statue of Gloucester's Roman Centurion. 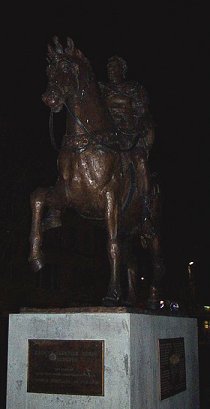 We headed for Greyfriars, off Southgate Street, which is another local hotspot for ghost sightings. 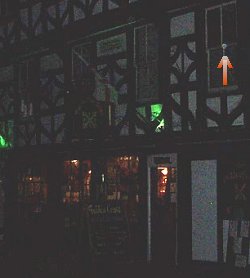 There were plenty of folk about, and our flash photography captured the attention of a group of revellers making their way through Greyfriars.  The women among them wanted their photo taken, too, amid much laughter. Any spirits they had encountered were likely found in a bottle. Here you are ladies; you’re famous! 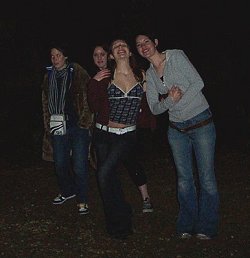 But it’s strange that that light-hearted event signalled the end of a run of orb photos.  We moved onwards towards the Docks, but the orbs had gone from the photos we took on the way, despite walking past Blackfriars.  Martin no longer felt accompanied either.  The Docks are being massively renovated at the moment; there’s a lot of building work going on.  It is said that ghosts often become more apparent when their environments are altered.  Well, the orbs started up again when we took photos of an old Tall Ship moored at the main quay. 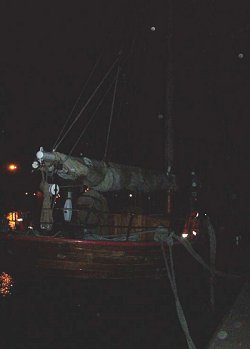 Not long after this Martin started seeing flashes of white light streak around; he could sense something again.  I had also become unsettled, wishing to move on to another location, which I’m beginning to realise is my own sixth sense kicking in: my natural inclination in the presence of a ghost is to clear off!  Anyway, one photo of the pleasure-boat 'Sabrina' contained blue mists which were quite clearly not apparent to me at the time .   But Martin was seeing all kinds of stuff. 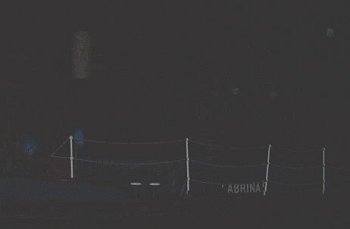 These photos of the pleasure-boat 'Sabrina' contain orbs a-plenty.  We initially thought that blue mists were also apparent, which may be so, but there are vertical struts on the deck which may suffice as a more rational explanation.

We headed over to Llanthony Priory, a large historic site adjacent to the new Hempstead bypass. 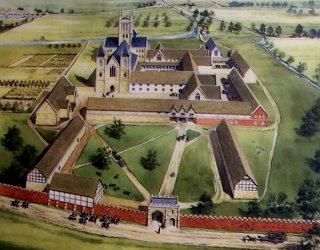 Again, maybe these construction sites have a tendency to disturb the spirits, although the work here was now complete. 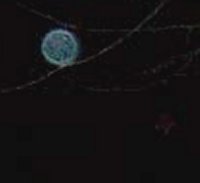 It was here that we finally started to consistently pick up photos of orbs. 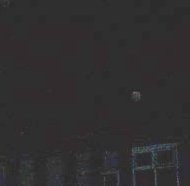 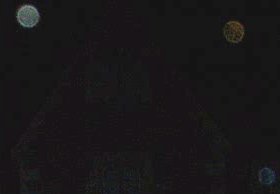 Which is interesting, because the dark grounds of Llanthony Priory are similar to the kinds of quiet graveyard environments we have investigated in the past, and in which we have photographed many, many orbs.

Our investigation seems to have highlighted the importance of a proper state of mind.  If the appearance of orbs reflects the presence of spirits, then these spirits were around us for short periods during our trek around the old City of Gloucester.  Other times they were entirely absent.  But the finding went deeper than this because Martin, whose psychic and medium abilities are steadily developing , was aware of this presence, and his recognition of the spirits with us were ‘coincident’ with the appearance of orbs on the photos.  This may have been happening before, but it is easier to systematically pinpoint the times of these events when the photos vary by location. This seems to be a major advantage of investigating over a wide area at any one time. 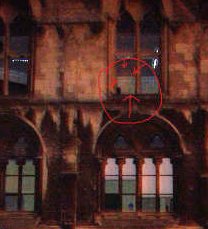 Martin has taken a closer look at some of our images taken around the Cathedral area.  In the window there appears to be some bright, yellowish light that is slightly out of place within its context.  But this is only suggestive of something unusual. 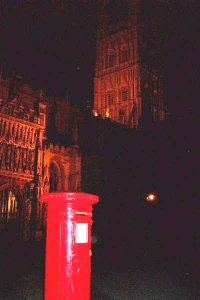 A small orb can also be seen to the right of the post-box in the second image.  It appears that orbs were photographed during this part of our investigation as well, but the strong lighting around the Cathedral grounds may have subdued them somewhat.

Here are some close-ups and enhancements of that Cathedral window: 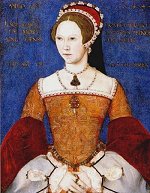 Overall, our evening had been a great success and will be followed by other ghostly trips into Gloucester.  That well-known haunted abode 'The Dick Whittington' pub is top of our list...

One of Gloucester's shops, 'Poundstretcher', has experienced first hand something going bump in the night:  Specifically, a stack of pallets was disturbed at around 2.30 a.m.  The event, which left a mess all over the floor for surprised staff to discover in the morning, was documented up by the store's CCTV camera. 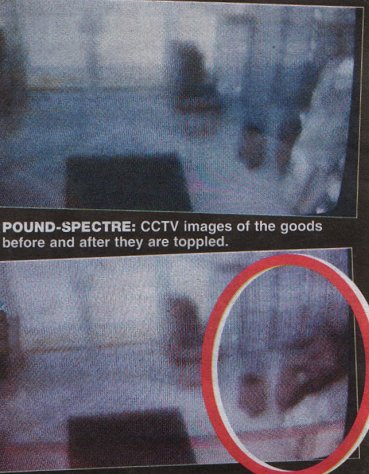 The deputy store manager, who has experienced odd things at 'Poundstretcher' before, looked through the night's camera footage, and believes that a dark figure can be seen standing behind the pallet before it took its nocturnal tumble.

Following the unexplained event, she is sure that she can make out the same dark figure, this time sat upon some cases.  The dark figure seemingly captured on film has subsequently been associated with a regular ghost seen in the store, of a woman in a high neck black dress, with hair tied back and very white hands.

A reporter from 'The Citizen' relates some of the supernatural history of the building:

"It is not the first time it has been seen, or its presence felt in the store.

"Legend states that the unhappy spirit of a tragic actress haunts the store, formerly the Theatre Royal where the famous Victorian partnership of Sir Henry Irving and Ellen Terry once performed.  Strange manifestations have been seen by many staff over the years, including the ghost of the lady and the mouldy inscription of the letter "E" on a cellar wall. 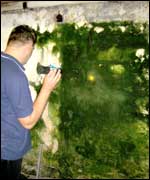 It is thought that the lady in question is Eliza Johnson, who joined the company in 1880.  It is said that after a while things in her life went wrong - perhaps a failed love affair - and she committed suicide while still in her mid-20s.  Now her ghost stalks the aisles of the shop where she once performed." (3)

In which case it makes you wonder what the poor ghost makes of her current environment; her theatre turned into a busy shop. One can perhaps understand why she might try and rearrange things every once in a while!  Which, indeed, is what appears to happen according to other members of staff interviewed by the regional television news.

Shelves of goods left tidy at the end of a day's trading are regularly found in a dishevelled state the next morning.

A local paranormal investigator, called Steve Pointer, was asked by Central News what he thought of the CCTV footage.  He wasn't sure what to make of it, but thought it worthy of further investigation.  He said that there were energies at play in the store.  The reporter summed things up by saying that the more you look at the second image, the more you start to see something there.