About a week ago Martin Cosnette and I decided to do a ghost hunt at Leckhampton Church, on the outskirts of Cheltenham in Gloucestershire.  We chose a Monday evening when the sky was cloudy with some light winds.  We took about 200 images using digital cameras with flashes, and about 50 of those images came back with orbs on them. Most images had purely black backgrounds.  The most notable exception with this unique image which was taken whilst walking up the main path towards the church towards the beginning of our visit to the grounds: 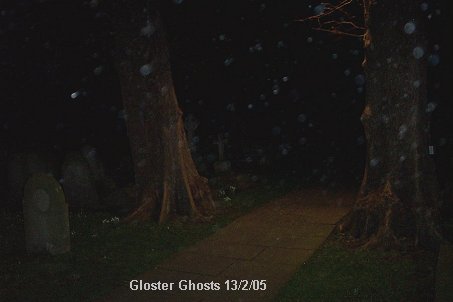 For Whom the Bell Tolls

The evening was exceptional because the church was actually playing host to campanologists at the time; bell-ringers who were going through their paces.  They would ring the bells for about 5 minutes, then rest for about 5 minutes.  Now we're quite self-conscious about wandering about a graveyard at night taking flash photos and would rather not have to try and explain to others that we're paranormal researchers doing a routine investigation.  People might get a bit funny about it.  So we took our photos only when the bells were ringing and it was clear that the minds of those in the church would be on other matters. 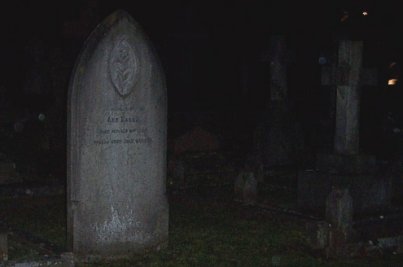 But it must have been a bit weird for those bell-ringers.  Every time they stopped, the light flashes outside the church, which they must surely must have seen through the windows of the belfry, also stopped.  Was God creating a light show to accompany their bell-ringing?  Hee hee hee. Of course, by the time they'd finished, we'd already cleared off, leaving no trace of our presence or of the evening's investigation.  One can only imagine them scratching their heads as they emerged from the church expecting either the paparazzi or a violent lightning storm to find...nothing! 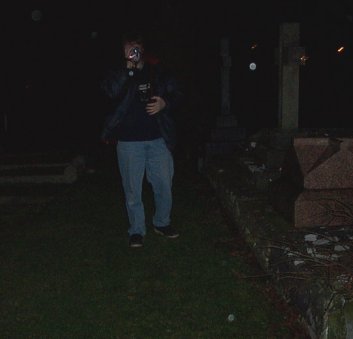 Here's Martin making use of his digital camcorder.  As you can see he has attracted several bright orbs, including one in front of his right hand.  Martin was aware of the presence of someone, or something, during our excursion through the grounds of the church, but remained cautious about opening up his fledgling mediumistic powers in such an active environment. 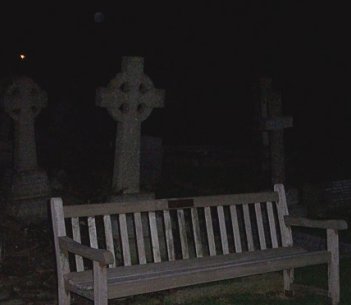 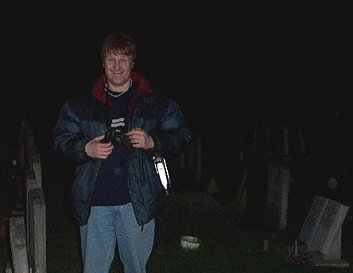 This left-hand picture shows an orb above a bench, which always seems to indicate to me the presence of a ghost sat watching the proceedings.  Martin is laughing in the right-hand pic because I just blinded myself during the taking of the previous photo; having mistakenly held the camera back to front and set the flash off in my eye.  Don't ask me how I did that one!  Note the orb to his left; I guess a ghost was chuckling too! 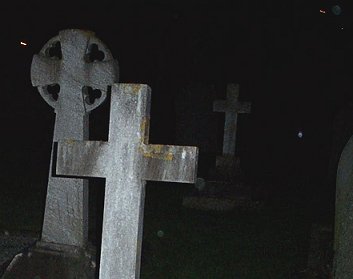 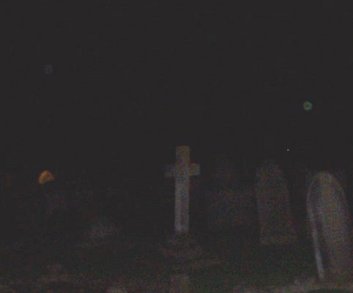 We've had some other ghostly events go on in the last couple of weeks.  We visited our friend Simon at his haunted farmhouse in Worcestershire. He reportedly never experiences anything weird, although stuff has happened to us there enough times to surely make him wonder!  Anyway, Martin was sat in the living room looking through to the Kitchen where I was talking with Simon.  I suddenly felt cold down my back and stepped forward.  At that moment Martin asked me whether I had felt anything weird; Yes, I said, explaining the sudden chill that had made me walk forward.  He explained that he had just seen a ghost of a lady dressed in white walk just behind me, then straight towards him, then disappear. 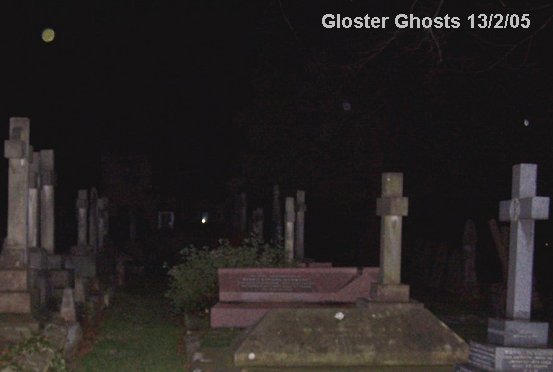 He then went on to see the same woman twice again that evening. She repeated the same walk not long afterwards, walking past me again, then she was seen standing at the door to the lounge.  This part of the house used to be a staircase, it seems.  Martin has now seen 5 different apparitions in the same farmhouse.  It is an old building with plenty of alterations having taken place over the years. 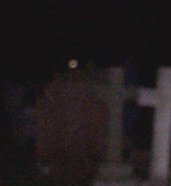 My wife also experienced two strange things happen that very evening back home.  She clearly saw a shadow of a person move across the inside of the curtains in our kitchen.  There was no unusual light source which could account for it.  Then when she was sat in our front room reading she started to hear her drink glass move on the table.  She focused her attention on it.  It was not visually moving, but was clearly heard 'grinding' against the drink mat underneath.  She mentally asked the phenomenon to stop, which it promptly did.  Freaked her out a bit. 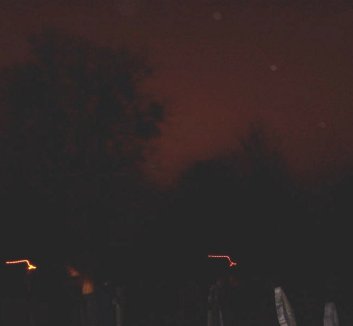 These last orbs almost look like UFOs, don't they?  Also note the odd lighting effects of the blurred light sources left of centre which seem to look like light emanating from the top of gravestones. the background to the picture was a field beyond the church grounds.

We took plenty of digital temperature readings through the evening.  The temperature fluctuated wildly over a range of about 7 degrees celcius.  But where it had previously clearly dipped heavily and then started to climb back up, the changes were more random on this occasion. Perhaps this was an atmospheric effect due to the light breezes that evening.  Or else we stirred up a series of phenomena over a short period of time.