Is The Dark Star Bombarding Us With Cosmic Rays?

A NASA array of balloons high up in the Antarctica's stratosphere has picked an anomalous bombardment of high-energy electrons from deep space.  The source is undetected, and mysterious.  Have scientists finally stumbled across the Dark Star?

The Earth is being bombarded with high energy electrons from a mysterious source.  These have been detected by balloons high in the Stratosphere over Antarctica - a cosmic ray-detecting array known as "Advanced Thin Ionization Calorimeter" (ATIC). This research is funded by NASA, who have released results showing an abundance of high-energy electrons (1).

"This is a big discovery," says co-author [of the 20/11/08 "Nature" article] John Wefel of Louisiana State University. "It's the first time we've seen a discrete source of accelerated cosmic rays standing out from the general galactic background." (1)

Scientists believe that these mysterious electrons have come from a relatively nearby source: a powerful source that is capable of accelerating electrons.  They have proposed a set of possible candidates, which may even include a cloud of dark matter.

"The least exotic possibilities include, e.g., a nearby pulsar, a 'microquasar' or a stellar-mass black hole—all are capable of accelerating electrons to these energies. It is possible that such a source lurks undetected not far away." (1)

Such objects would be found hundreds of light years away, it is thought.  The ATIC array of balloons has not been able to pinpoint the exact source of these high-energy electrons, so detailed studies of the source have not yet been possible.  The balloons' wobbly motion in the air, and the effects of other factors, like magnetic fields, have distorted the data.  But what is known for sure is that a powerful, undetected source is sending high-energy electrons out into the Cosmos, and that it is being detected in the skies over Antarctica.

How nearby?  High-energy electrons lose their energy over time, due to scattering by collision with photons, and the effects of the galactic magnetic field. So that limits the distance of the source to a few thousand light years.  Intensity is the key here.  Pulsars can be detected from incredible distances because of their intensity of emission of radio signals.  However, what if a much smaller source was producing and emitting these high energy electrons, and sending them our way?  What if that much smaller source, was much, much closer?

There's a choice here: a big source, far away.  Or a small source, close-up.

Lee Covino sent me this news item, and indicated that I should also take a look at an article about brown dwarfs which he had read recently. This article described how brown dwarfs produce anomalously strong, pulsed radio emissions, in a similar manner to the action of pulsars.  The gas giant Jupiter is active in this way - its rapid rotation promotes electron acceleration when electrically charged gas from Io is accelerated by the planet’s magnetic field.  Brown dwarfs seem to exhibit the same properties, in a different way to, say, a standard star like our Sun.  It would appear that brown dwarfs are capable of punching well above their weight in this regard.  This is a theme that we have looked at on the Dark Star theory website before. 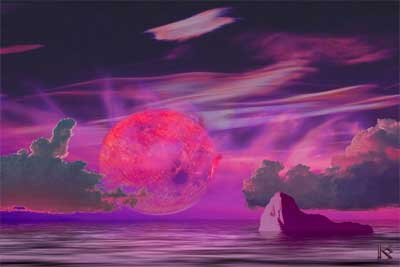 The brown dwarf would also not need to be stellar.  As we have noted, Jupiter exhibits this same kind of behaviour too, so it stands to reason that a sub-brown dwarf with its own planetary system could fit the bill.  Such a system might have an active planet or planets, like Io, which are feeding the magnetic field of the sub-brown dwarf with electrically-charged gas.

I think this is an exciting possibility.  For the first time, high energy particles from a nearby binary companion may have been detected.  One thing puzzles me about this: if the detectors on the series of NASA's ATIC balloons are unable to determine the direction from which the electrons have arrived from deep space (3), then how do they know it's from a distinct point in space?  The scientists on the program say they can only pinpoint the celestial coordinates to an area equivalent to half the sky (1), yet seem absolutely certain that they arrive from a single source!

My good friend Mattia, a student of astrophysics, points out that the discrete and small energy range of the high-energy electrons indicates that they all must come from the same source.  The energy distribution is more or less a signature for the emitting object, which is unleashing these particles at a very high energy level.  This appears to be several magnitudes of energy higher than the same kind of particles  measured from known examples of brown dwarf activity, at least in the example of X-ray flares in LP 944-20 (4).  However, brown dwarfs are not very well understood objects, and have been proved to be capable of many surprises (5).

To clarify matters further, Lee contacted a professional astrophysicist, whose specialties include brown dwarfs, and asked whether a brown dwarf might be a candidate object for the high-energy electrons.  The astrophysicist remarked that the brown dwarf idea was an interesting possibility, but then said:

"My own gut reaction would be that a brown dwarf would not be able to accelerate populations of electrons to quite such high energies and in such large amounts to see the bump reported in this paper. I could be wrong though!"

On the face of it, then, the undetected object should be a more powerful entity than a brown dwarf, located a significant distance away, at least in theory.  But there is still much uncertainty here.  It is a pity that we don't have a better location for this tantalizing source of high-energy electrons, but this is a start, at least.

As astronomers try to locate the source of these emissions, an international team of scientists has published similar findings based on data obtained from the Los Alamos National Laboratory's cosmic ray observatory.  The Milagro observatory monitors the sky above the Northern hemisphere, in contrast to ATIC, which is based at the south pole.  So any correlation would roughly be in the zodiacal region: a bombardment from deep in the Southern celestial hemisphere would not be picked up at Los Alamos.

As it turns out, the overlap may indicate candidate areas for closer study. The team have discovered small, but significant blips in the background cosmic ray radiation.  Two areas in the sky in particular appear to be hotspots of cosmic ray bombardment.  The strongest of these is located above and to the right of Orion, near the zodiacal constellation of Taurus.  The other, more diffuse area, is near Gemini.  One of the scientists, John Pretz, says:

“With the Milagro observatory, we identified two distinct regions with an excess of cosmic rays. These regions are relatively tiny bumps on the background of cosmic rays, which is why they were missed for so long. This discovery calls into question our understanding of cosmic rays and raises the possibility that an unknown source or magnetic effect near our solar system is responsible for these observations.” (6)

This is a far-reaching, and thought-provoking statement.  An 'unknown source or magnetic effect near our solar system'?  How 'near' to the solar system is not defined.  The movement of these particles through space is subject to magnetic effects, particularly the galactic magnetic field, which fluctuates.  This is why pinpointing the exact source is difficult.  The Gemini area certainly appears to have been spread out in this way, i.e. a distant source of cosmic rays has been diffused by the galactic magnetic field as it has travelled towards us.

One wonders though, whether that strong bulls-eye source between Orion and Taurus might be due to something quite a lot closer to home?  It seems a far more concentrated area of interest.  Discussing these new findings, compared with the ATIC result, Jordan Goodman, principal investigator for the Milagro observatory, remarked:

"These two results may be due to the same, or different, astrophysical phenomenon.  However, they both suggest the presence of high-energy particle acceleration in the vicinity of the earth. Our new findings point to general locations for the localized excesses of cosmic-ray protons." (7) [my emphasis]

Again, there is much uncertainty here, and a strong emphasis on the possibility that the source of the cosmic-ray protons is relatively local to the solar system.  This is a problem, because theoretically the source should be a very significant body indeed, but if that's the case, then why has it evaded direct detection thus far? 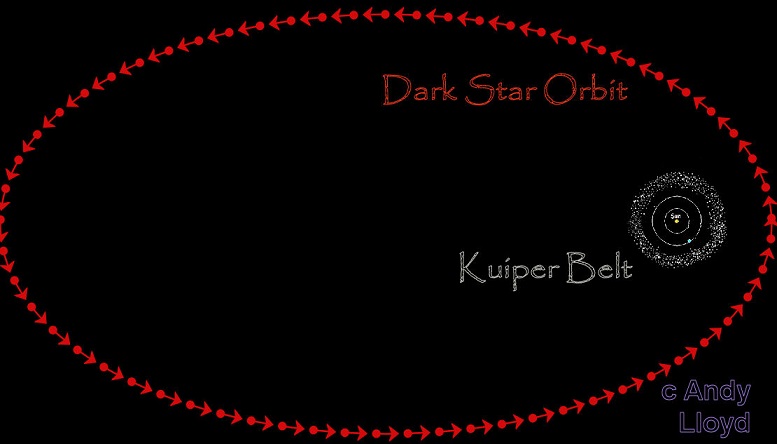 There must remain the exciting possibility that a brown dwarf binary to our sun, stirred by the proximity of its own planetary system, is capable of accelerating high energy particles, which we are now detecting.

This article is also available in Spanish

(4)  Chandra X-ray Observatory, 'Brown Dwarfs', http://chandra.harvard.edu/xray_sources/browndwarf_fg.html with thanks to Mattia

(7) Nancy Atkinson "Sources of Earth-Bombarding Cosmic Rays May Have Been Located" 24th November 2008, with thanks to Barry