The opportunity presented itself this week to go and see Derek Acorah, a spiritual Medium from Liverpool who is becoming increasingly famous in the UK for his remarkable talents in the fields of clairvoyance and clairaudience.  Although a scientist by training, I am nevertheless open to many aspects of 'alternative' knowledge:  anything that stops short of taking on religious connotations, really.  I enjoy a long-standing friendship with Messrs Martin and Dave Cosnette, who share this interest in the paranormal .  We are currently working on a project entitled 'Gloster Ghosts'; an investigation of paranormal happenings in the county of Gloucestershire in England.

Martin has long had a gift for seeing beyond this world.  He has seen many ghosts as well as other similar phenomena, including the quintessential 'orbs', minor poltergeist activity, shadowmen and spectacular UFOs. Dave has shared some of these experiences, and is particularly attuned to picking up voices from beyond.  I have known these chaps for 25 years and trust them impeccably.  So their accounts of their experiences have coloured my ability to accept a different reality from that which has been foisted upon us by our Western upbringings.

Perhaps as a result of this openness things of a paranormal nature have happened in my house.  Martin has seen the ghost of an elderly lady a couple of times here. Once she walked into the room through a wall and stood next to me.  He described her as looking as real as I did.  We are convinced from various aspects of our experiences in this house that my wife's grand-mother is 'around' and keeping an eye out for our two children, whom she never got to meet in life.  I became even more convinced of this reality when Dave was able to furnish me with her name. 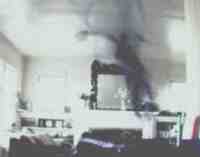 Other spirits have been spotted here as well. During one of our card evenings I said to Martin 'you haven't spotted anything here for a while'. He replied with a description of a shadowman who had bolted across our ceiling not 10 minutes before, and had looked straight at Martin. Freaky.  My wife's since seen orbs, and I've seen things in the corner of my eye, which appear to stand on the threshold of manifestation.  But Martin's experiences are profound in comparison, and seem to be increasing in frequency.  So what a jump it must be to be in the mind of Derek Acorah.  He appeared on the popular TV show 'Most Haunted', as part of a team of investigators and experiencers who travel around the British Isles hanging out in spooky spots and trying to get a handle on what's going on.

Derek Acorah has an additional companion in his Spiritguide who is called 'Sam'.  I'm guessing here, but where Acorah is a Medium in the material plane, Sam is his Medium link in the spirit world, and between them they have created a remarkable channel for contact beyond folk here and their loved ones beyond.  They can also discover the underlying causes for various hauntings and presences both good, and not so good.

The relationship between Acorah and 'Sam' is an interesting one, and I've included some links at the bottom of this pages for those wishing to learn more.  But before you surf over to those pages I would like to describe the Derek Acorah evening that I attended at the Cheltenham Everyman Theatre on 9th February 2004.

Evenings of Spiritualism are a bit new to me, and I suppose I half expected Acorah to stand on stage waiting for something to happen.  But he seems to be so open to the world of spirits that he is quite literally surrounded by them.  On a Radio Gloucestershire show with John Rockley, who is highly sceptical, Acorah claimed that there were more 'people' on stage than there were in the audience.

So the evening works a bit like this:  a huge screen is up on stage and a cameraman films the audience, relaying images directly onto the screen.  That way one can sit and see oneself behind Acorah, particularly crucial if you're the individual picked out by him, or rather the spirit interacting with him.  A spirit would come forward to Acorah and give him enough information to pinpoint someone in the audience, and then an increasingly intense exchange of information would take place, invariably to the delight of the audience and the bewilderment of the subject.

Such theatrical allusions can invite a fair amount of scepticism, made all the more cutting by the professional side of these shows. But Acorah's talent to highlight accurate information about his audience participants was eerie.

A couple of my more sceptical companions believed that the participants had to be 'plants', which seemed unlikely given their local accents.  But here was where the large screen behind Acorah came in:  you could see their non-verbal reactions intimately as Acorah brought forth information about their lives and their recent actions.  If they were 'plants' they were all actors of great potential.

Then one of them appeared who turned out to be an acquaintance of mine.  She had been picked out by her first name, which I shall shorten to 'K'. Then she and her husband were bombarded with, to them, very real facts about their lives and their ambitions, and predictions for their futures.  Well, I had no idea that 'K' was going to be in the audience, but it sure as hell dismissed any possibility that this event was stage-managed.  This was evidently the real thing going on here.  I saw 'K' the next day and she was overwhelmed by the whole thing. She was already a big fan of Derek Acorah and had stopped behind after his show to speak with him. He had said before that growing openness to such possibilities increases the chances of one or more of your spirit-relatives getting through to him at such events, and I suspect this is what happened here.

I can't say that I am incredulous.  Perhaps I am slowly moving along the spectrum of spiritual realisation, and am more attuned to the possibilities.  It all seemed to make a lot of sense to me.  I'm probably an 'old soul', or so many have said, and from quite a young age I adopted the notion that we have had previous lives, with more to come, and that we spend 'time' in between in the spiritual planes.  Accordingly, it makes sense that we can continue to interact with our living relatives, and can expand our knowledge of all things spiritual before and after the transition between life and death.

I daresay Dave and Martin and I all knew each other in previous lives, as per other members of our family and circles of friends.

I feel further comforted that our boys have  Guardians in the spirit-world.  Overall, the ramifications for the existence of spirits after death can only be positive, surely? 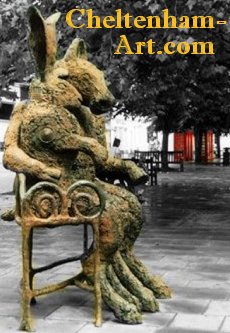