Regular readers of the Dark Star website will be aware that I do not tend to report on unsubstantiated claims about the existence of Planet X.  Although my writings may be speculative at times, I try and build upon pieces of evidence widely available in the scientific press, or in scientific journals.    I try, as much as I can, to keep my feet firmly on the ground. 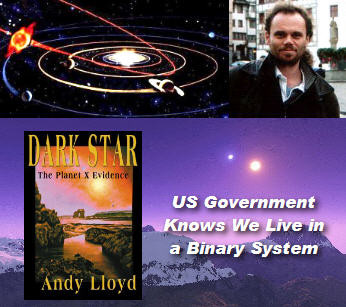 What I am able to report on here is potentially very exciting indeed.  The information I have received is admittedly second-hand, but strikes me as credible.  Although I am unable to personally verify the facts, I feel that it is my responsibility to place this information into the public domain, and allow you, the reader, to decide for yourself whether this might be authentic, or not.

I recently received an email from Bill Ryan and Kerry Cassidy from Project Camelot.  Here’s what Bill had to say:

“If you’re not familiar with our work, ours is a whistleblower site that publishes video and sometimes other types of interviews with researchers and whistleblowers who have something particularly important to say, and which challenge existing paradigms or vested interests.

”One of our interviewees, back in September, was an ex-Livermore Physicist we’ve named ‘Henry Deacon’, who has worked extensively in black projects for a number of US agencies. We know him quite well now, and his real name and full details are all known. He has had access to an extraordinary amount of important classified information.

”In a recent unrecorded conversation with us, not yet reported on our site, Henry confirmed the existence of the “Dark Star”, and that its reality had been deduced by American military astrophysicists because of the need to account for certain gravitational anomalies that had been observed. (He mentioned the Pioneer spacecraft, for instance.) This is very important: the “Dark Star” is fully known and understood in the “black world”. When he told us this, we immediately realised how extraordinarily important this was.

”Henry went on to explain that this was linked to Dan Burisch’s testimony and to the 2012 problem. Again, he was citing real-life feet-on-the-ground “black physics”, and NOT esoteric knowledge. The Dark Star (he did not mention whether it had been named, and we neglected to ask) has an extremely elliptical orbit and a long period. He did not know its size or mass, or in what spectrum it radiated. But your site appears to us, at first glance, to have the key facts quite correct.

”The problems started a few years ago when the current approach of the Dark Star began to create resonance effects on Sol, our own sun. Kerry and I presumed these resonance effects are electromagnetic in nature rather than purely gravitational, but again we didn’t verify this. This, crucially, is what is causing the current increase in solar activity, and the rapid heating up not only of Earth (as in global warming), but of every planet in the system.”

There is a manuscript of Bill and Kerry’s interview with ‘Henry’ on their website ( see the links at the end of this article), but I should point out that it does not include this particular raft of information about the existence of the Dark Star; information which was essentially provided off-the-record. 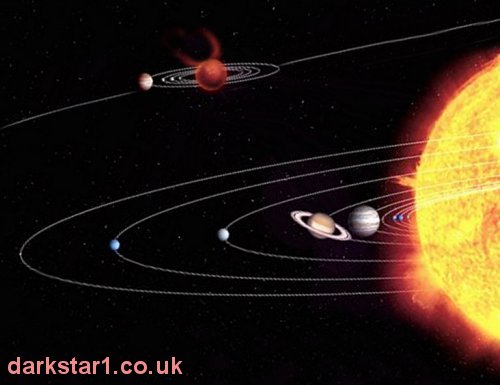 Much of the information in the actual interview will be considered by many to be fantastic.  This may colour your perception of ‘Henry’ as a source of reliable intelligence.  Again, I am not in a position to judge, but am simply forwarding information which could be of vital importance in the on-going hunt for Planet X.  Some of the very best UFO cases, for instance, have bizarre twists and turns, yet remain compelling for a number of good reasons.  Similarly, with Henry’s testimony, much of what he says about the nature of the Dark Star rings true, at least to my mind.

Following our initial round of e-mails, Bill contacted ‘Henry’ again to obtain some clarification, and further detail.  What he obtained from Henry increased my interest in this testimony further.  This is what Bill wrote to me:

“At one point not too long ago Henry worked on a routine project for NOAA (The National Oceanic and Atmospheric Administration), and it was there that he heard about what he called the “second sun”. He confirmed that it’s on a long elliptical orbit which is inclined at an angle to the rest of the planets. It’s now approaching, and NOAA knows that this is the indirect cause (triggering increased solar activity through complex forms of resonance) of the heating of all the planets, not just ours. They factor this data into all their supercomputer weather forecasting calculations. [Note: the big question is why all this has been hushed up. Henry can speculate as well as we can – bad news on the way? – but he did not know for certain.]

”We suggested that he might read your book... but he said he’d probably not do that, saying that there was a risk that it might front-load him too much before he had the chance to recall more about it. He promised to report back if he remembered any more specific detail. We asked about orbital data, angle of orbital plane, periodicity, etc, but he said he couldn’t recall the numbers.

”Interestingly, Henry did not think this was particularly significant, and appeared surprised that we were attaching such importance to it. But this is the response of someone who knows so much about so many black projects – including a lot of pretty wild stuff – that some information we might consider highly significant he just takes in his stride. It’s easy for us to forget just how much classified information there is that’s never been revealed, and the real state of military/intelligence research in every field.”

I could provide an awful lot of comment here.  There is indeed a lot to discuss, but, for now at least, it might be better to simply summarize the case presented by Bill Ryan:

I have received countless e-mails down the years from people who have argued that the U.S. Government has classified knowledge of the existence of Planet X, or of a ‘Second Sun’.  In all that time, no data presented to me in this vein has had the same ring of truth about it as this testimony.  It is not clear whether the U.S. Government has actually directly spotted the Dark Star yet; one should not rush to that conclusion. Paraphrasing the legendary words of Donald Rumsfeld, the Dark Star may now be what is termed a ‘Known Unknown’.  That, in itself, would be a significant step forward.

I will finish on the latest information from Bill, which helps to clarify what 'Henry' has been saying recently on the subject of Governmental knowledge of the Dark Star:

"Henry at one point did some work with a small organisation within the NOAA (the National Oceanic and Atmospheric Administration), and it was there that he learned about what he called the “second sun”. This is a massive astronomical object which is on a long elliptical orbit around our own sun, on an inclined plane to the rest of the planets. It’s now approaching, and is causing resonance effects on our sun in various ways. A small organization within NOAA is aware that this is a cause of the warming of all the planets, not just the Earth. This information is classified, but has been known for a number of years.

"We told him about Andy Lloyd's excellent 'Dark Star' website, which he had not seen before. We also offered to send him Lloyd's book 'The Dark Star'; but he declined, saying that there was a risk that it might 'front-load' him too much before he had the chance to recall more information.

"This issue is connected with the Roswell catastrophe. The problems the future humans were attempting to address were multiple, but principally – as Dan Burisch has stated on many occasions – featured a possible event triggered by a massive 'spike' of solar activity at some point in our currently near future.

"Henry, like Dan, is at pains to emphasize strongly that this event is only possible (having been observed in Looking Glass devices in a possible future)... and currently is evaluated to be unlikely.

"Henry explains that the increase in solar activity is caused only in part by the 'Dark Star', multiple factors being at play. These are complex. Some of them are on a galactic scale, and are associated with natural, periodic events which the Earth has suffered through a number of times previously. What makes this particular time completely unique for our planet is that there is a convergence of serious factors – such as carbon emissions, overpopulation, and our propensity for choreographing war – all of which combine with these major, cyclic and solar events to simultaneously threaten the well-being of ourselves and the biosphere."

Could the existence of the Dark Star be connected with a near future event, perhaps in 2012?  In my mind I can see a mechanism whereby the distant Dark Star interacts with the boundaries of the Sun's vast magnetic field, triggering this 'massive solar spike'.  Our weather systems on this planet are intimately tied in to the Sun's activity levels.  It also appears that the increased solar output in recent years may be contributing to the global warming seen on the other planets in our system.  A sudden peak of solar activity could have a devastating effect on our fragile environment here on Earth.  This is the sort of mechanism that I think most like for any possible catastrophic event triggered by the Dark Star.  The information that has been presented by 'Henry Deacon' makes such a possible scenario that bit more likely.

With thanks to Bill Ryan and Kerry Cassidy from Project Camelot

The manuscript of the updated interview with ‘Henry’: