Planet X and 'Waiting for the Apocalypse'

I've been banging on about the Dark Star, Nibiru, for a good many years now.  That 'Nibiru' may be a sub brown dwarf in an elliptical orbit around the Sun has gained wide acceptance, based as it is upon the original work of the controversial scholar Zecharia Sitchin. 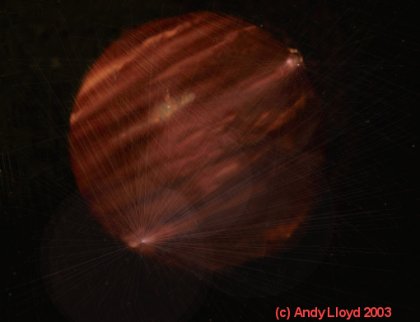 During that time I've put a lot of my ideas onto this web-site, and had a book published entitled 'Dark Star'.  My writings contain much that is new to this field, amalgamating astronomy, planetary science and mythology, drawing upon scientific sources, both in the literature and off-the-record.

I have appeared on other videos before, which I will discuss here:

Twice in 2003 I was approached for video interviews, which were successfully filmed.  One of these, a new Planet X video by Robert Sepehr, was been made available to a wide audience and is quite controversial, particularly among critics.  The video features several outstanding researchers and scientists.  It is the nearest I have come to actual publication of my ideas, and I am grateful to Robert Sepehr for having invited me to be a part of this exciting project. I am sure that readers of the Dark Star Theory web-site, and others interested in the feasibility of 'Planet X',  will find the new video to be a tremendous resource.  I recommend it.

'Waiting for the Apocalypse'

The second, a documentary made my three post-graduate journalism students from India, is not likely to be released in a commercial way, much less broadcast.  But the line-up for this production is tantalising to say the least.  This excellent 25 minute documentary, entitled 'Waiting for the Apocalypse', was produced by 'The Clockwork Team', consisting of Parameshwaran Ravindranathan, Samit Basu and Jaideep Undurti.  They are currently completing their studies at the University of Westminster, London.

The video outlines three possible threats from space: impact events from asteroids and comets, the infiltration of cosmic viruses into the atmosphere, and the coming of Nibiru.

The Clockwork Team begin by interviewing Jay Tate of the Spaceguard centre in Wales, an observatory dedicated to the monitoring of Near Earth Objects, and other potential cosmic hazards.  The work of this organisation is supported by the Rt. Hon. Lembit Opik, M.P., who is also interviewed with regard to his official interest in this subject.


A man with a slightly different perspective is the Astronomer Royal, Sir Martin Rees, of Cambridge University (pictured left).  He discusses some of the points raised in his new book.  His stance in the documentary is that the greatest threat we face in the 21st Century is from ourselves.

He argues that the resources allocated to the Spaceguard project should be proportional to the threat we face from asteroids and comets.

His quiet reflection acts as a counterbalance to the more passionate arguments put forward by Jay Tate. 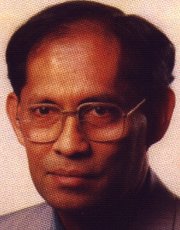 Another contributor is Professor Chandra Wickramasinghe, whose recent proposals about the origin of the SARS virus led him to speak before a Commons Select Committee.  He is well known as a proponent of Panspermia, and worked with the eminent but controversial astronomer Sir Fred Hoyle.  Professor Wickramasinghe has released a book called 'Cosmic Dragons' which discusses the possible link between comets and the outbreak of viruses here on Earth. He has also written about the evidence of extraterrestrial life found at the outer limits of Earth's atmosphere.  His ideas are seen as quite speculative by the astronomical community. 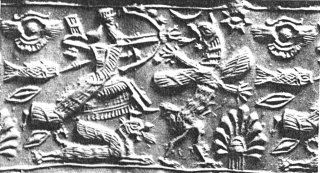 The documentary then explores the ideas put forward by Zecharia Sitchin.    Again, the video mixes differing viewpoints held by researchers from quite different backgrounds.  I put forward a short case for the existence of Nibiru, and explain how Sitchin's research has been widely dismissed by Sumerologists.  I'm a bit outnumbered on this video, it should be said, but The Clockwork Team make up for that a bit by giving me plenty of airtime.

Then two curators from the British Museum, Dr Irving Finkel and Christopher Walker, offer arguments for why Sitchin's work should be condemned outright (The Twelfth Planet Theory is likened to Harry Potter!), and question his scholarship and linguistic skills.  They also cynically argue that Sitchin's approach was to deliberately choose to highlight Sumerian myths because Sumer was the first civilisation, and thus would appeal to those hoping to find deeper meaning in the ancient texts.  Finally, they state that Nibiru is simply Jupiter.  This is all arguable in my opinion, but they put their case across in a more or less authoritative manner.

Surprisingly, perhaps, the film-makers also managed to secure a rare interview with Dr John Murray of the Department of Earth Sciences at the Open University.  John Murray wrote a controversial paper in 1999 regarding the potential existence of a sub brown dwarf orbiting the Sun based upon his analysis of long-period comet data.  His work, along with that of Drs Matese and Whitmire in the States, has helped to propel the case for a massive Planet X forward.  He seems a little bemused by it all on the documentary.

For a short while a streaming video version of part of 'Waiting for the Apocalypse' was made available over the Internet.  This has caused some controversy, not because of the content of the 'Planet X' debate particularly, but because the makers of the film were keen for it to be withdrawn immediately.  They, and the University of Westminster, hold the copyright to 'Waiting for the Apocalypse', and they have every right to decide what happens to their film.  Their wishes are being adhered to, and this film, for the time being at least, will remain under wraps to safeguard the promises made to the other interviewees.

But this is a great shame.  There are few opportunities to debate alternative science with the academics as it is, and mainstream productions that deal with the topic tend towards scepticism, or worse. Many will remember the notorious BBC 'Horizons' documentary that set out to debunk Graham Hancock and Robert Bauval, who are respected intellectuals in the Alternative Science field.  The documentary fell just short of comparing these gentlemen's theories to the beliefs held by the Nazis.  It was scandalous, and the programme was judged to have fallen short of acceptable standards by the broadcasting watchdog, a remarkable rebuke for the flagship science programme.

To their credit, the 'Clockwork Team' put together a video that was open-minded, whilst sceptical enough to retain mainstream acceptability. I commend them for that.  But I am becoming increasingly frustrated about how difficult it is to place some of the content of this video into the public domain...which is where it belongs.  Why?  Because it gives us an insight into how Zecharia Sitchin's theories are held in utter contempt by the Establishment.  Experts on Sumerian texts doubt he is even able to translate cuneiform script, which is tantamount to accusing him of fraud.  If their claims are correct it would destroy Sitchin's credibility and seriously undermine parallel work carried out by people such as myself.

Here is a full transcript of that part of the tape:

Commentary:      But experts on Ancient Sumer in the British Museum disagree.  They say that the Sumerian texts used by Sitchin have either been misread, or not read at all.

Dr Irving Finkel (Assistant Keeper, Cuneiform Collections):   As far as I know there is nothing in the Sumerian language which is anything to do with ‘Apocalypse’.  They don’t talk about things like that.

Christopher Walker (Deputy Keeper, Cuneiform Collection):   It’s basically a very subjective interpretation of individual pictures, individual ideas.  But he [Sitchin] doesn’t actually sit down and work with the texts. And people think this is a nice idea, this is a nice story, let’s have the next chapter of the story…It’s like Harry Potter.

Andy Lloyd (Independent Researcher):     Zecharia Sitchin hasn’t made himself particularly popular, by coming out with these ideas, amongst the academic community, particularly the Sumerologists.  Having read the Enuma Elish myself I have to say that there are an awful lot of cosmological hints in that work that point in Sitchin’s direction.  There is a clear discussion about the setting up of various constellations, the way that the Earth is orientated, there’s lots of cosmic work in there.  So I think that they [the Sumerologists] shouldn’t be as dismissive as that.

CW:     We know about the Babylonian planet Nibiru, but this is nothing to do with any 12th Planet, this is simply an alternative name for the planet Jupiter.  So far as I know, none of Von Daniken or Sitchin’s followers have ever, ever, come to look at here at the tablets.  They just pluck the story out of the pages, they don’t know what it’s about. 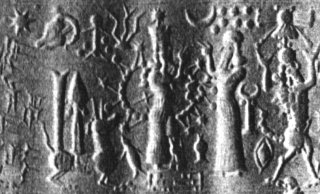 Commentary:      Listening to the experts, one might easily conclude that Sitchin’s ideas are complete rubbish.  In fact, they go even further, explaining why he chose Sumerian myth as opposed to any other.

IF:     Nibiru means a pass, means a passing over from one place to another.  Now, look, the thing about the Sumerians is that they have a lot of romantic appeal for investigators of all kinds, sensible and less sensible.  And the thing about the Sumerians which is most important is that their writings are the oldest writings.  It is very easy to use Sumerian and the Sumerian culture as your explanation for things because hardly anyone in the world can read Sumerian, and if you can give the impression you can read these texts you can say what you like. And I do think this is a factor.

AL:     Sitchin’s making some very amazing claims on the basis of his own readings of the texts and, although I don’t doubt for 5 minutes that he has the capability to be able to transcribe accurately this work, it will raise the heckles of a lot of people and bring about a lot of scepticism.

IF:     The number of people who can read Sumerian reliably and properly you could fit into this room.  I think it would be a bit of a squeeze, you would have to move the furniture, but you could get everyone in the world onto this room.

The curators of the British Museum fundamentally question Sitchin's scholarship.  In reply, I would like to highlight the information given on the dust jacket of  'The Lost Book of Enki':

"An eminent Orientalist and Biblical Scholar, Zecharia Sitchin is distinguished by his ability to translate ancient Sumerian and other ancient texts.  He is a graduate of the University of London and worked as a journalist and editor in Israel for many years."

I sent a copy of this transcript to Zecharia Sitchin at his home in New York City.

"Thank you for 'standing up' on my behalf.  The notion that Nibiru is just another name for Jupiter goes back to the debate a century or so ago between Kugler and Winkler and their writings on 'Chaldean' astronomy, when Pluto had not yet been discovered.  They assumed that the ancients, without telescopes, could not be aware of planets beyond Saturn, so when they encountered in astronomical texts more planetary names they assumed it just (sic) one more name for Jupiter or Mars etc.

"(At least we have an acknowledgement that NIBIRU is (a) named in Mesopotamian astronomical texts, (b) is a planet -- i.e. Sitchin did not invent Nibiru as a figment of imagination. I deal with that at length in "The 12th Planet".)

"Establishment thinking has been thus: Someone (say Sitchin) saying this or that means 'B' must be wrong, because everyone knows that it means 'A'.