The Apollo Moon Hoax at
the Cheltenham Festival of Science.

On 5th June 2003 the 'Cosmic Conspiracies' team attended a debate about the Apollo 'Moon Hoax' theory held at the Cheltenham Town Hall.  The meeting took place as part of the Cotswold town's annual Festival of Science.  We had purchased advanced tickets, and it was just as well because the event was completely sold out, with standing room only.  It was evident that this debate stirred deep passions on both sides.

The debate featured 20 minute presentations by two gentlemen.  Various reasons for considering the  'Hoax' theory were presented by Marcus Allen (left), the British editor of the international publication 'Nexus Magazine'.  Marcus is also an expert on photography and has long argued that much of the available Apollo record had been fabricated.  Representing the mainstream viewpoint was Neil Atkinson (right), a geologist who is also the webmaster of www.Apollo-Hoax.co.uk
The entire meeting would only last one hour, and it was clear to all present that this was insufficient time to grapple with such a controversial and detailed subject.

Nevertheless, both men gave excellent, if hurried, lectures, and then fielded questions from the Cheltenham audience.  The questions were varied, reflecting a generally sceptical audience interspersed with a few advocates of the hoax theory.  A vote was taken at the end which showed that most of those present believed that the Apollo programme did indeed land men on the Moon, but there was left a surprisingly large number who were no longer so sure.  The debate's chairman indicated that such doubts might reflect upon the nature of science in general, which seemed to end the proceedings in a philosophical light.

We had the good fortune of meeting up with Marcus and Neil after the event and went into town for a beer.  An excellent and enjoyable discussion entailed.   Marcus has expressed interest in coming back to Gloucestershire to debate the subject in the future.   We certainly hope to bring such an event to fruition.  In the mean time, Marcus Allen will be lecturing at the Leeds UFO conference in September, an event that we are certainly looking forward to.  Not to be missed!  More information about the Apollo Moon Hoax theory can be gleaned from Dave Cosnette's comprehensive and highly popular web-page on the Cosmic Conspiracies website.

The chance discovery of a secret diary kept by Harry Truman may open up the Roswell debate once again.  Truman was the President of the United States from 1945 to 1953, and various claims have been made linking him to the aftermath of the alleged UFO crash in the New Mexico desert in 1947.  In particular, this includes the setting up of the so-called Majestic 12 committee, as detailed in several documents that have since come to light.

The veracity of these documents remains controversial, of course.  In addition, the owner of the ‘Alien Autopsy’ film, Ray Santilli, claimed that part of the as yet unpublished footage shows President Truman at the scene of the autopsy itself, implying that he had made an unscheduled and undocumented visit to Roswell at that time. 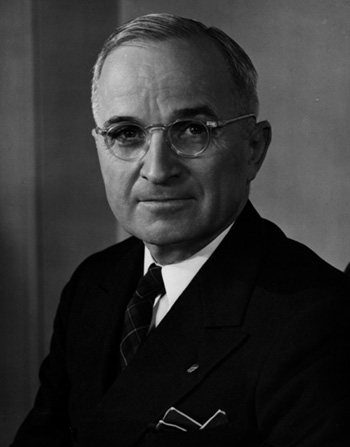 According to the Independent (12/7/03), Truman’s secret diary was discovered by chance by an archivist at the Truman Library.  The entries are made in the back of a non-descript manual sent to Truman by the New York real estate board.  Crucially, the year for the diary is 1947.  Certain entries in the diary have taken on a certain amount of notoriety, particularly some of the President’s private musings that have been considered anti-semitic by some.  This frankness seems to validate the strictly personal nature of Truman’s entries into his diary, and one might have expected to see reference to other weighty matters playing on Truman’s mind at the time.

But researchers scouring the diary for evidence of a mention of the discovery of alien life, and the secret internment of extra-terrestrial technology by US armed forces will be disappointed.  Entries at the beginning of July 1947 make no mention of any events at Roswell.

There is a gap between 7th July through to 21st July, which some might see as significant in itself, but entries made after this date make no mention of anything extraordinary having happened in the interim.  Indeed, Truman’s style remains humorous and candid, at odds with the presumption of a troubled President grappling with the repercussions of a paradigm shift.

For example, on July 25th 1947 Truman writes the following to his diary, indicating his thought processes as he appointed James Forrestal to the post of Secretary of Defence:

“At 3:30 today had a very interesting conversation with Gen[eral] Eisenhower. Sent for him to discuss the new Sec[retary] for National Defense. Asked him if he could work with Forestal [sic]. He said he could. Told him that I would have given the job to Bob Patterson had he stayed on as Sec[retary] of War. I couldn't bring myself to force him to stay. He has three daughters comming [sic] on for education and I know what that means, having had only one. But she is in a class by herself and I shouldn't judge Patterson's three by her. No one ever had a daughter equal to mine!

“After the discussion on Forestal [sic] was over Ike & I visited and talked politics. He is going to Columbia U[niversity] in NY as President. What a job he can do there. He'll do it too. We discussed MacArthur and his superiority complex”. 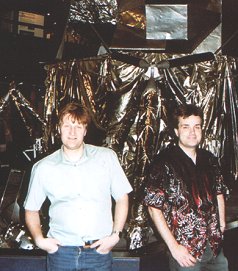 There is no hint of Roswell here, although the alleged event had only occurred barely 3 weeks before.  Admittedly, the memo from President Truman to James Forrestal authorising him to proceed with Operation Majestic 12 was written on September 24th 1947, but it beggars belief that Truman was not aware of the Roswell incident way before that.

One might have expected the events of that month to have played a part in that crucial appointment.  Instead, it seems to rely more on the personal circumstances of Bob Patterson.

Whether Harry Truman would have written explicitly about Top Secret matters in his diary is clearly the crux of the matter.  It should be noted that the diary offers “almost no insight into the Truman doctrine to contain the spread of communism in Eastern Europe and elsewhere, or the massive infusion of aid after the second world war that became known as the Marshall plan”.  So perhaps we could be forgiven for arguing that this is in keeping with the silence about the events at Roswell.

The diary can be viewed at www.trumanlibrary.org 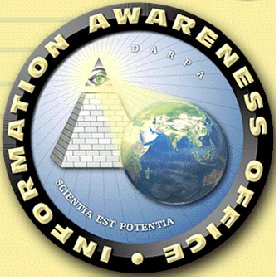 A year or so ago there was a buzz on the Internet about a clearly Masonic emblem being used by one of the departments in DARPA (Defense Advanced Research Projects Agency).  Several people sent me this emblem for comment, and I was quite interested in it for two reasons.  Firstly, the acronym for this department spelt 'IAO', and seemed to be artifically contructed to do so (the name 'Information Awareness office' being a rather bizarre title).  Secondly, I had been researching DARPA as part of an investigation into their 'Morphing Metals' programme, which I wrote about on the 'Cosmic Conspiracies' site.

Unfortunately, the general interest in this emblem resulted in its sudden removal from the web-page concerned: www.darpa.mil/iao

Luckily, the emblem was obtained by James John Bell, editor of LastWizards.com, who has written about it in the Spring 2003 issue of Paranoia magazine.  He discusses the emblem in the context of the creation of the Department of Homeland Security, and the on-going reinforcement of America's National Security State.

James John Bell notes that DARPA is best known for creating the infrastructure that became the Internet, and that the mission of its Information Awareness Office (IAO) is to "imagine, develop, apply, integrate, demonstrate and transition information technologies that will counter asymmetric threats by achieving total information awareness useful for preemption, national security warning, and national security decision making".

Without wishing to get too embroiled in a discussion of the merits or otherwise of governmental snooping on its own citizens (which is, of course, nothing new in itself), it is interesting that he draws upon ancient meanings for the term 'IAO' to make his point:

"This is not the first appearance of the IAO.  It has been estimated that the ancient Library of Alexandria held more than half a million documents from Assyria, Greece, Persia, Egypt, India and other nations.  The librarian Hypatia combined science, theology and mysticism into one body of work, the purpose of which was to elucidate and understand all of existence.  Hypatia was instrumental in the development  of the concept of 'IAO', the gnostic term for a formula that would explain all things.  Her IAO consisted of three words - a constantly mutable series of interactions between Iota, symbolising the eternal present, Alpha, which represented the past creation of all things, and Omega, which was of course the end."

This is a different spin on the meaning of this acronym, and one that others have suggested to me in e-mails (I have been looking at this acronym since discovering its use on several Graeco-Roman coins and talismans which also seem to show Nibiru).  It seems reasonable enough as far as it goes, and sits well with the meaning of Iao above, ie. an ancient magical name for the divine being.  There are a number of levels of meaning at work here.  I would like to point out that the secrecy surrounding this alternative magical name for Jehovah seems to be more in keeping with the Masonic symbolism actually employed in the emblem itself.  Visually, it is certainly not Gnostic in sentiment.  So on balance I would say the meaning of 'Iao' is best defined by an ancient and more guarded secret than simply a quasi-Christianised acronym of Greek lettering.