Recently, I have been considering the claims of several correspondents who have experienced the Dark Star through vision.  One lady in particular has had a very vivid dream of this celestial object, and the impression left by it has been profound.  Can any credence be attached to such a vision? 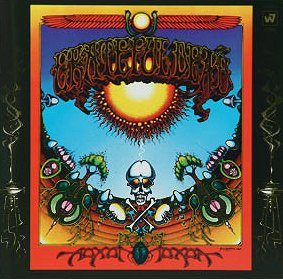 I suppose that the answer to that question rather depends upon your view about our existence and our part in the Cosmos.  Do you think that our lives are biological in character, with a mechanistic "cause-and-effect" relationship predominantly in control of our capacity to perceive through our senses? Or are we spiritual beings, capable of breaking through the barriers of materialism, to more fully experience the greater reality that lies beyond?

I tend to favour the latter argument, couching it in scientific theory by placing such a consideration beside the possibilities of a multi-dimension universe, whatever that might really mean in practice.  If part of our existence is spiritual in character, then it seems as though we are capable of so much more than we know.  In that regard, it is not beyond the realm of possibility that visions might be gained about a hidden celestial object.

I wondered this aloud with a psychic clairvoyant recently, who offered the thought that our spiritual perceptions are probably confined to this planet.  This makes sense to me, although I have read of 'remote viewing' of targets on Mars, for instance.  If we are capable of ESP, but that it is confined largely to Earth, then a dream of the Dark Star, if it means anything at all, may allude to a memory held by our species within its collective unconscious.  The Dreamer way inadvertently access a memory of the previous transit of Nibiru, an event observed from Earth by ancient peoples. (I am given to understand that Zecharia Sitchin now dates the last perihelion transit to around 600BCE).

If such a mode of thought is correct, and I am not advocating it without pause for thought, then such a profound unconscious memory may also be accessible by other methods.  Artists, writers, musicians; these people often transcend normal functioning to deliver us creative visions from within.  In many cases these creative folk access this kind of deep-seated material through the use of drugs.  A good example of which would be the Grateful Dead. Again, I'm not advocating this as good practice, but merely reflecting upon the experiences of others.

Erik Johnson, of North Carolina, sent me some wonderful pieces of Grateful Dead artwork which may have Dark Star connotations.  I particularly like the juxtaposition of the Winged Disc and central Sun in the first image (top), with the skull and crossbones of the Dead hinting at disaster. 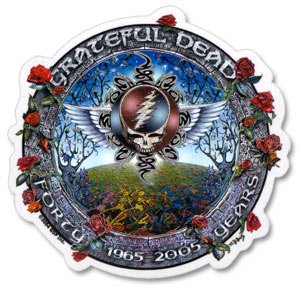 Note the Winged Disk symbolism associated with lightning and a skull in this motif.  The Winged Disk is often associated with the life-giving sun; but not here. Instead, the winged skull is enveloped in darkness.   It seems to embody something altogether more sinister.  This possibility seems all the more likely when one considers the classic grateful Dead song "Dark Star" itself, some of the lyrics of which I reproduce here to provide some critical insight into such a possibility:

Reason tatters the forces tear loose from the axis

Searchlight casting for faults in the clouds of delusion

Shall we go, you and I, while we can?

Through the transitive nightfall of diamonds

Now, I'm not about to try to psycho-analyse these lyrics.  But they are quite suggestive of the celestial Dark Star, and the potential for catastrophe brought with it.  Although I've seen the band a couple of times, back in the late 1980s, I can't admit to being particularly well-informed about their work.  The following link has more information about this song, as well as some interesting source material about the term Dark Star (although possibly a little out of date now...):

The band itself seems less than forth-coming about the origin of the song 'Dark Star', seeing it as an improvised piece that evolved over time.  This seems about right, and actually need not detain us untowardly.  After all, the vision emanating from the collective unconscious, replete as it is with archetypal symbolism, does not need to be understood or even recognised by the artist receiving it.  It is merely enough that they pass it along through their work.