I've been writing about the Dark Star on the Internet for 5 years this month.  During that time I have come up with a great many ideas, some of which I still cherish, but others of which I'm fairly certain are just plain wrong.

The Dark Star Theory contains a great many pages written over these 5 years, and I have not fiddled about with them.  As a result it is still possible to read ideas that have been jettisoned a while back. 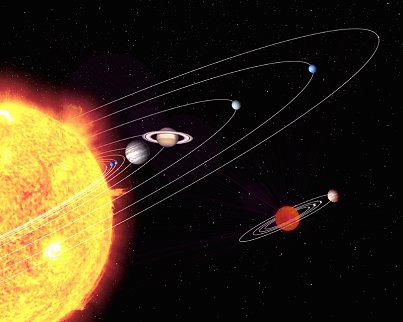 So, this page sets out to present my latest opinions about the nature of Nibiru; the mythical planet first described by Zecharia Sitchin in 1976, and to update you as to where I'm currently at as an author and researcher.

Sitchin described Nibiru as a terrestrial world occupied by the Anunnaki that moves around the Sun in an elliptical orbit of 3600 years duration.  The Dark Star Theory took that thesis and attempted to place it into some kind of scientific context.

I proposed that Nibiru is a sub-brown dwarf; a failed star about the size of Jupiter which was warm but essentially dark.  If the Anunnaki were to be found, they would live on one of the terrestrial moons orbits this Dark Star; a moon warmed by Nibiru itself.

I have also been a strong advocate of a Messianic timeline for Nibiru's re-appearance at perihelion. I argued that Nibiru was the Star of Bethlehem, and offered some strong mythological evidence for this.

In doing so I have relied upon a lot of esoteric knowledge and symbolism from various sources.  This led to a book called 'Winged Disc: The Dark Star Theory' which I self-published as a bound manuscript.

It sold about 100 copies and at the time attracted little interest in the publishing world.  But for me it was a great achievement; perhaps the PhD thesis I never completed, albeit this time in the field of alternative science, not organic chemistry!

For a couple of years I argued passionately against the '2003 Scenario' that had propelled 'Planet X' into the mainstream media as some kind of whacky Doomsday Cult.   My reaction to that hysteria was to retreat back into the astronomical science of Planet X exploration, and I came into contact with many useful people that way.  I realised that in order to maintain credibility for the concept of a Dark Star I had to evolve the theory further.

The problem was simple: my Dark Star was too noticeable to be in Sitchin's orbit, yet remain undetected, and was too massive to pass repeatedly through the asteroid belt during perihelion. It seems probable that Nibiru remains outside the planetary zone for the entire duration of its orbit.  Its only sojourn into an asteroid belt is not the one between Mars and Jupiter, but the one beyond Neptune, namely the Edgeworth-Kuiper Belt (known to Americans simply as the Kuiper Belt).

That's not to say that Nibiru's initial appearance in the Solar System wasn't just as Sitchin has written.  I think the Dark Star did indeed crash into the Sun's domain, wreaking unspeakable havoc 3.9 billion years ago.  But over the eons the affected planets have migrated and settled down into less excitable orbits.  'Planetary migration' is a relatively new addition to the astronomical lexicon, but a useful one for this theory nonetheless.

I started to write this all up for a second book called 'Binary Companion'.  But a remarkable thing has happened this year that has complicated matters greatly: 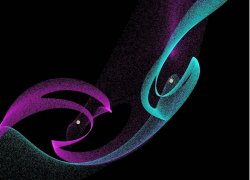 The discovery of the anomalous extended scattered disc objects well beyond Pluto have stirred things up a great deal, possibly more than the equally remarkable 'Kuiper Gap'.  Where astronomers had theorised that the Edgeworth-Kuiper Belt should contain a multitude of dull cometary bodies behaving themselves, the reality has turned out somewhat differently.   The furthest of these objects aren't in thrall to the planet Neptune as they should be.  They have a different master, one whose presence is undetected.

Astronomers don't really know what to make of this; they have had to re-model the creation of the outer solar system, and bring other bodies into play to achieve this.  The best fits published describe close encounters with other stars, with exchange of material between the Sun and the usurper.  It sounds very Sitchinite to be honest.

Unpublished work which I'm aware of indicates that the presence of a Jupiter-plus size planet beyond Neptune would fit the observed facts equally well, possibly better.  But the astronomer who has carried out these calculations hasn't published and cites the lack of that planet as a problem.  Which of course it is...  These developments are very exciting.

I am confident that my new book "The Dark Star" will become essential reading for many in the Planet X community. 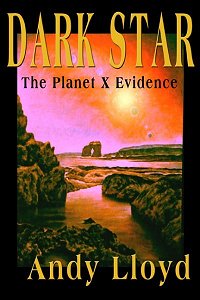 But I'm also aiming it at a wider audience too.  Although speculative, it will contain a lot of science to help to anchor the subject firmly in the real world. My writing style will be more akin to Dr Carl Sagan than Erich von Daniken! The Dark Star book will build up from first principles, allowing the new reader to grasp some of the often assumed concepts that lie behind the phenomenon of the tenth planet.  At the end I would like to think that the reader will be left in little doubt that a brown dwarf could be out there. 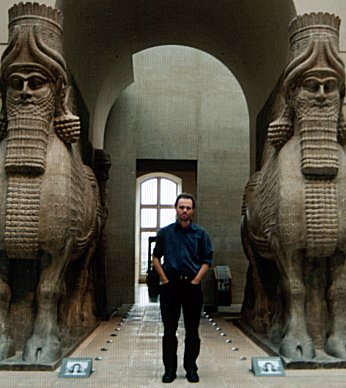 I should also make it clear that when this work gets fully underway, there will be some substantial changes to this website as a result.  I hope to make the website an interactive supplement to the book, by having extra data for various chapters, more images and illustrations and to log comments from readers about various aspects of the book.  Perhaps there will be a Dark Star Blog too...

It's been a great honour to write for you all over the last 5 years, and I look forward to interesting times ahead, of which I shall endeavour to keep you abreast.  I would also like to mention the invaluable help of other researchers who periodically send me news items and comment.

I would particularly like to thank Bruce Stephen Holms, Joan d'Arc, Lee Covino and Monika Myers in connection with this latest development.

There is a collegiate effort involved in this research which spans the entire world. As the Dark Star Theory continues to gain some real momentum I applaud you all.