How the Moon was Made 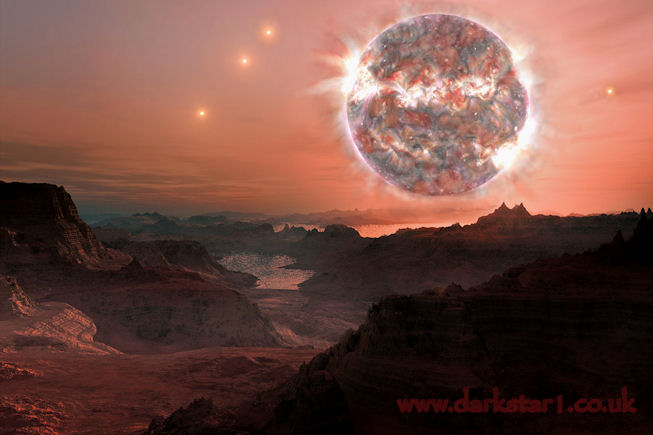 The Earth and Moon have often been thought of as a binary planet system, mostly due to the Moon's anomalously large size in relation to Earth.  It's becoming increasingly clear that their relationship is even closer than that.  Their composition is also remarkable similar.  It was already known that isotopic compositions of water on the two planetary bodies were the same, indicating that they share a similar origin.

So, the prevailing theory for how the Earth/Moon system came to be is that the Earth was struck early on by another planet, about Mars-sized (10).  The resulting debris then formed the Moon.

This may sound like a technical point, but it has profound consequences for the impact theory of the Moon's formation.  Other theories are now being considered, but they all come with their own problems:

"Most scientists agree that if a planet had smacked into Earth and the moon came about as a result, than the moon ought to be made of some of that other planet as well. Some say the laws of physics suggest it would be somewhere in the neighborhood of forty percent. If that’s the case, why don’t studies of rocks brought back by the Apollo missions show evidence of this other planet?

Some suggest the moon didn’t come about as a result of an impact at all, but from parts of the Earth being flung into orbit due to a faster spin than we now have. Unfortunately, there is no evidence thus far to support the notion that the Earth ever spun that fast. Others suggest that perhaps it wasn’t a planet that struck the Earth but an object made of ice, which would have evaporated leaving no evidence behind that it caused a huge chunk of the Earth to be knocked into orbit." (1)

It is also highly unlikely that the impactor had the same isotopic composition as the Earth, as the authors of the research pointed out to the New York Times:

"The researchers also found that meteorites have a much wider range of isotopic titanium. “That also tells us that the impactor that hit the Earth was very unlikely to have to the same composition as the Earth,” Ms. Junjun Zhang [an isotope geochemist at the University of Chicago and the study’s first author] said. “So the prevailing model of the giant impact probably needs to be revisited.”" (2)

Simply put, the scientific data suggests that the Earth split into two parts early on in its history.  Yet, no mechanism appears to exist to allow this to have occurred.  Scientists are puzzled.  Solving this puzzle requires a little bit of thinking outside the box, and I will offer two possible solutions to this problem. 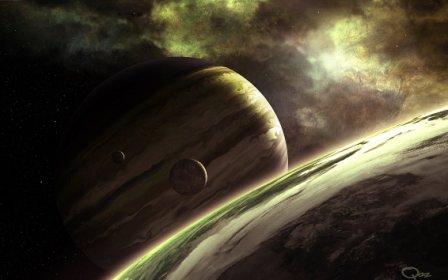 The main part of the solar system that offers the possibility of a planet breaking apart is the asteroid belt.  It is strewn with planetary debris which was either there all along, prevented from forming a planet by its proximity to giant Jupiter, or was the result of some planetary catastrophe to a primordial planet in that location.  Jupiter is the largest planet in the solar system, and exerts immense influence on other objects in its vicinity.

It is capable of pulling in-bound comets towards itself (protecting the inner solar system to some degree).  It is even capable to breaking those comets apart, as was witnessed in the case of the Shoemaker-Levy comet, which disintegrated into a chain of nine comets prior to impact.  So we all know what Jupiter is capable of.

Coming back to the formation of the Moon, it seems likely that if an early Earth split into two, as the chemical data demonstrates, then it could only have done so if it formed close to Jupiter.  This may seem far-fetched, but the problem here is calling for a radical solution.  Even mainstream scientists are also thinking outside the box to solve this riddle of planetary and lunar formation, considering high-velocity glancing blows of a hit-and-run planet (3, 4).

It is well known that some planets migrate, and many theories put forward by astrophysicists about how the solar system came to be configured in the way it is include such mechanisms.   Usually, they consider the possibility of the outer gas giants being mobile early on in the history of the solar system.  But perhaps such an argument could also be extended to the Earth/Moon system.  If the Earth was once in the position of the asteroid belt, then it would solve many anomalies in one stroke. In particular, the puzzle of where all of Earth's water came from - the 'late veneer theory' has similarly been questioned by isotopic compositions of water throughout the solar system (5).  It looks increasingly like there's a relationship between the Earth's water and that of the asteroids (6).

A massive terrestrial world located in the position of the asteroid belt in the early solar system would have been severely affected by Jupiter's gravity.  That alone might have been sufficient to render the molten mass in two, creating the Earth/Moon system.

But there may also have been another influence brought to bear.  I have proposed that the incursion of a rogue planet (Zecharia Sitchin's 'Nibiru') took the form of a Dark Star, or sub-brown dwarf.  His theory holds that the Earth was originally located in the position of the asteroid belt, and was at that time a much larger planet which took the mythological moniker 'Tiamat'.  Tiamat, in the Babylonian creation myth, was rendered in two by Marduk (the Dark Star), creating the Earth.

"He (Marduk) eliminated from the heavens the Sun's first partner-in-Creation, Tiamat.  He brought Earth into being, thrusting it into a new orbit nearer the Sun. He hammered a "bracelet" in the heavens - the asteroid belt that does separate the group of inner planets from the group of outer planets.  He turned most of Tiamat's satellites into comets; her chief satellite, Kingu, he put into orbit around Earth to become the Moon." (7)

Once again, these ancient myths seem to lead us towards an answer to the anomalous scientific data. 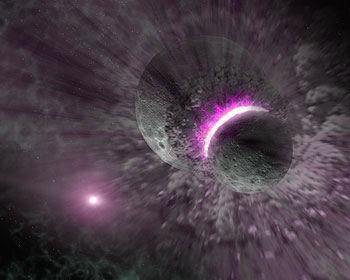 As I mentioned, I can offer two possibilities.  The first is this: Destabilized by the mighty gravitational effect of Jupiter, or a combination of Jupiter and near transit of a rogue Dark Star, the molten Earth split into a binary planet system very early on - without the need for an actual collision.  The debris field in the asteroid belt was also a by-product of this cleavage.  That means that the asteroid belt should have a very similar isotopic composition to that of the Earth - and that is exactly what scientists have recently discovered in 2011(8).

At a later point, the same influences, probably including a catastrophic collision, caused the Earth/Moon system to migrate en masse, landing it in its current orbit.  Evidence for such an event is written into the landscape of the Moon, a catastrophic event known by scientists as the late, heavy bombardment, which occurred some 3.9 billion years ago.

This corresponds with the 'Celestial Battle' outlined by Zecharia Sitchin whereby the intrusion of the rogue planet Nibiru caused a catastrophic rearrangement of the early solar system.  It should be noted that in Sitchin's scenario, based on his radical interpretation of ancient Mesopotamian myths, the Earth already had a Moon, named Kingu (7). 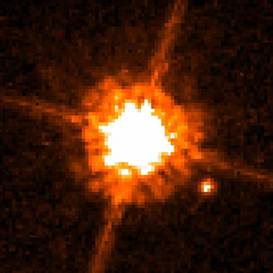 The second possibility is that the scientists who advocate a 'hit-and-run' planetary collision, cleaving the Earth into a binary planet system, might themselves be unknowingly describing the mythical Celestial Battle.  If the collision occurred with a planet from within the solar system's inner core of worlds, then it seems unlikely to have been a high-velocity impact.  The implication is that something from outside came in and whacked the early Earth with a glancing, but high-speed blow.  Yet the Moon does not contain constituent matter from the impactor, only the Earth.

One would not expect the Moon to contain titanium from this kind of impactor, simply because it would largely be made up of hydrogen and helium.  Again, assuming the rogue planet Nibiru-Marduk was a sub-brown dwarf, then this kind of scenario correlates with Sitchin's work -  with the exception that the Moon formed as a result of the collision with this sub-brown dwarf, rather than already being present.  But this would certainly explain the lack of material from the impactor making up the Moon's composition.

I'm not wedded strongly to one of these scenarios over the other.  Both have good points and bad.  Hopefully, more evidence will emerge soon to help solve this difficult problem.

2) S. Bhanoo "Evidence Against Moon as Meteoroid’s Offspring" 2nd April 2012, http://www.nytimes.com/2012/04/03/science/new-insight-on-moons-origins.html with thanks to Lee

8) Kristina Grifantini "Where DID Earth's Water Come From?" Sky and Telescope, p22, January 2011