We hope that you are all well and have had a happy and successful year. We certainly have – it’s hard to know where to start. 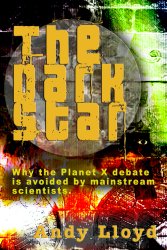 Andy has risen further through the Masonic ranks, and is now Grand Master of the Wales And North Knutsford Esoteric Ring. He has had his second book (entitled ‘The Dank Stan’) published this year in America, and was immensely proud when it reached number one in the New York Times’ best seller list. He has also been shortlisted for a Hugo. Between book signings and other public events he has not had much time for his sculpture, although he did manage to complete a nine metre high installation earlier in the year. This is currently causing quite a stir on the M1 as the traffic has to go down to one lane to fully appreciate its proportions. In his spare time he helps out at the Cirencester Donkey Sanctuary.

I am continuing with my martial arts, and am rapidly approaching black belt level. They say it is all about self control and discipline, but I don’t think I can rest until I have put a few more through A&E. I am also still active at my local Women’s Institute, and this year introduced them to Pole and Czech dancing. I have been helping with the costumes, but I think most of them are more suitable for warmer weather. We did a show last month for some of the schools in the area, and I am happy to say that the chafing has almost completely healed now.

The children have had a super year – it has to be said that the home schooling they have all had in their early years has really paid off, as they are all excelling at just about everything.  The twins, Joshua and Tarquin, were both 6 in July, and their birthday celebrations coincided with the presentation ceremony for their GCSEs in Japanese. They are the youngest British twins in the history of the world ever to have achieved this at such a young age. Although traumatic at the time, we now feel that the two pre-school years they spent back packing up Mount Fuji was time well spent. They both started their A level courses in September – Japanese, Maths (Pure and Applied), Further Maths, Economics, Astronomy and Woodwork.

Amelia passed her Grade 8 piano exam in September, which surprised us as we were worried that she could have been distracted by her horticultural studies. Unfortunately she was not able to take her piano with her to South America in the summer where she was researching rare orchids. She celebrated her 5th birthday in Peru, on a fruitless quest for Paddington Bear’s surviving relatives. She has just started her second year at Cheltenham Ladies’ College, and will be taking some GCSEs next June.

The triplets Alastair, Byron and Constance have also had an eventful year. Constance is actively pursuing her modelling career, and this year won the contract for Sudocrem nappy cream. This was in part due to her amazing dexterity – she can change her own nappy and apply the cream herself. Alastair and Byron meanwhile have both learnt to pick each other’s noses. It is a shame that their dextrous skills have not as yet been put to a better use. On a positive note, their singing lessons are going very well, and next year we are hoping that they will be able to join the Toddlers’ Operatic Singing Stars Ensemble Review, which will be touring Russia next spring.

Best wishes and glad tidings of the season to you all