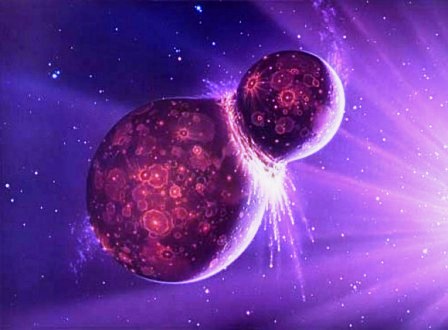 An Abridged Essay from Appendix III of "The Three Dangerous Magi"

Gurdjieff’s magnum opus Beelzebub’s Tales to His Grandson: An Objectively Impartial Criticism of the Life of Man1 is volume one of his All and Everything trilogy. The book is an extremely difficult read; long, convoluted and full of strange neologisms (devised words) penned by Gurdjieff. He wrote and re-wrote it many times over a period of approximately a decade from 1924-34. It was not published until 1950 but for many years readings used to be done from the manuscript to Gurdjieff’s students at various meetings, often in his apartment in Paris after the Institute at Fontainebleau closed in 1932.

The book is an allegory about an angel named Beelzebub who in his youth revolted against apparent injustices in the design and ordering of the universe. He tried to right the problems himself which resulted in terrible damage everywhere, and for his punishment he is exiled to the solar system “Ors” (our system) where he lives on Mars and is given the means for interplanetary travel. Others exiled with him were sent to live on Earth. Some of these angels demoted to earth (reminiscent of the Nefilim, the “giants” or “cast down” angels, of the Old Testament) caused problems by interfering with human civilizations. These earth-bound angels eventually summoned Beelzebub from Mars to help, where he begins his trenchant observations of humanity.

For a couple of years between 1999 and 2001 I was part of a private and informal online group of researchers from around the world engaged in study of the so-called “secret history” of the human race. This involved looking into ancient scriptures and texts from Sanskrit, Sumerian, and Hebrew sources amongst other things. In the course of this research we inevitably looked at some of the more speculative and radical ideas such as those of Zecharia Sitchin, Immanual Velikovsky, William Bramley and others. Sitchin and Velikovsky in particular have had dubious reputations with academic historians and scientists and indeed, much of their linguistic, historical, and astronomical speculations do not hold up well to scientific rigour.

Nevertheless while examining some of Sitchin’s interpretations of the ancient Sumerian records I was struck by some similarities I found between them and Gurdjieff’s cosmological ideas as presented in Beelzebub. As to whose is the older writing there can be no question. Sitchin was not born until 1922; his first book, the highly successful The 12th Planet, was originally published in 1976. Since then he has written a series of works outlining his theories.2 There is no evidence that Sitchin was ever aware of Gurdjieff. The correlations are striking and interesting to note in part because Gurdjieff claimed that the Sarmoung Brotherhood (the legendary esoteric society that allegedly trained him) originated in Babylon circa 2500 BC. Sitchin claimed that his sources were the Sumerian records dating from roughly the same time.

Cosmology in Beelzebub’s Tales to His Grandson

In the distant past when the solar system is young a civilization exists on Mars. At that time a large comet-like body named Kondoor of a “vast orbit” enters the solar system for the first time. Owing to errors in calculations by “Sacred Individuals” (advanced intelligences) who deal in matters of “world creation and maintenance” Kondoor intersects Earth’s orbit too closely and a collision ensues. The result of the violent encounter is that two fragments of Earth break off.

As a result of the disaster a commission of highly advanced beings headed by an archangel named Sakaki are dispatched to the solar system. A complex series of events follows involving sacred substances and special commissions by the overseeing protectors of Earth. The larger of the two fragments broken off from Earth, named Loonderperzo, later becomes our present day Moon. The second much smaller fragment currently goes undetected though it was known by the civilization that existed on Atlantis, and went by the name Kimespai, meaning “never allowing one to sleep in peace” (perhaps an obscure reference to the potential lethal power of a colliding asteroid or comet).

Beelzebub reports that this occurred in extremely ancient times and that prior to the collision Earth could easily be seen from Mars (i.e. was closer). Beelzebub continues by explaining that the Earth and the Moon’s now unstable orbits could only be stabilized if they were supplied with the sacred substance “Askokin.” In order to produce this substance Earth requires the existence of certain intelligent beings (humans) who are duly created by the Archangel Sakaki. At this point in Gurdjieff’s narrative Beelzebub learns that the High Commission decides that if the created humans were ever to discover the humble purpose of their existence they may destroy themselves en masse. In order to guard against this possibility an Archangel implants the organ Kundabuffer into all humans at the base of the spine. This organ serves to keep humans basically limited in consciousness so they can never know their origins and the truth that the substance they produced was more important than they were.

There is then a twist of irony in Gurdjieff’s tale. At a certain point the substance no longer needs to be produced and the organ Kundabuffer is removed from all humans. However because humanity has been plagued for so long by the effects of this organ a memory imprint has crystallized, and the negative effects continue.

During the Solar System's “youth” (aged between five hundred million to one billion years old) an intruder planet appears (named Nibiru by the Sumerians and Marduk by the Babylonians). Nibiru enters the solar system in a retrograde orbit. Its first close encounter is with Neptune where Sitchin speculates that a “bulge” in Nibiru was torn away to become Neptune’s moon Triton. The next encounter is with Uranus where the result is the formation of Uranus’s four major moons and that planet’s unusual orbital tilt. Passing within the orbits of Saturn and Jupiter Nibiru’s orbital path is permanently altered. In its interaction with the Saturnian system a moon of Saturn is dislodged and after making a convoluted journey, ends up in the outer reaches of the solar system to become the planet Pluto. 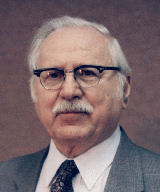 Nibiru continued inward from Jupiter toward the planet the Sumerians named Tiamat. According to Sitchin the Sumerian records maintain that at the time of the original arrival of Nibiru, Tiamat was a young, unstable system complete with numerous moons, the largest of which was named Kingu. As Nibiru along with its seven moons approached the Tiamat system a massive collision ensued. One of the Nibiruan moons smashed into Tiamat. In the encounter, all of Tiamat’s small moons (except its larger moon Kingu) were redirected into new orbits becoming comets with elliptic, retrograde orbits. Kingu remains in orbit about the severely damaged Tiamat.

Nibiru continued around the Sun but was now trapped into a solar orbit. On a return orbit Tiamat is hit again by another Nibiruan moon and broken in two. One half becomes Earth, orbited by Kingu, our present day Moon. The other half of Tiamat is crushed into numerous small pieces to become the “hammered bracelet” or asteroid belt. On its way out the solar system Nibiru has final encounters with Uranus, Neptune, and Pluto that result in alterations in their makeup and orbits. The Nibiruan orbital interval is 3,600 years.

There are some differences (Sitchin [connected] our moon to Kingu, former satellite of Tiamat), but the collision, change in orbit, and downsizing of Earth, are in both his and Gurdjieff’s accounts. Also the mysterious second fragment blown off from Earth, referred to by Beelzebub as “Anulious” is similar to Sitchin’s “Hammered Bracelet” asteroid belt. 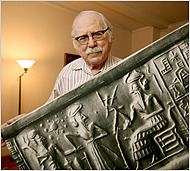 The ultimate message of Gurdjieff’s writing was wholly concerned with the end of enslavement and his entire life work was based on devising inner psycho-spiritual methods to overcome the effects of this “enslavement.” Sitchin was not concerned with such matters. Though the details of their cosmologies are different the similarity of the themes between the Gurdjieffian and Sitchinesque models of the history of the solar system makes one wonder about a common mythic-archetypal origin.

Sitchin’s work has been heavily discredited by scientists and many of his ideas are believed to be irreconcilable with the known laws of physics (though he himself often [denied] this). Gurdjieff’s work is accepted to be pure fiction, a spiritual allegory. When we discard the astrophysical elements of their respective models we’re left with the main common denominator that humanity is the pawn of an older race. That is an ancient theme echoed in many world mythologies, one that can be seen as a powerful metaphor for Gurdjieff’s central idea that in our present state we are incapable of doing because we are incapable of being. That is, we have no real free will, and are thus in effect controlled by forces around us. World myths tend to personify these forces as gods or aliens, but whether these gods or aliens exist is secondary to the main issue of our own unconsciousness and inner enslavement.